Sony’s Xperia 5 smartphone is another smart release by Sony. Originally released in September 2019 it’s a phone fit for movie watching and game playing that isn’t expensive - it’s a smaller and more affordable version of the Sony Xperia 1. 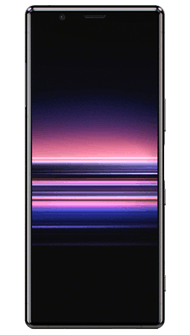 Should I buy the Sony Xperia 5?

The first thing you should know about the Sony Xperia 5 is that it’s a phone that’s already been superseded. This is a handset that’s nearing 18 months old (as of February 2021) and its update, the Sony Xperia 5 II is one of the best mid-range handsets out at the moment. Saying that, if you can get hold of the Xperia 5 then you will not be disappointed - Sony has been developing decent phones for years now - that excel in the on camera, movies and games departments - but they never quite hit the headlines which is a shame.

Sony Xperia 5: about the hardware

The Sony Xperia 5 is a cheaper version of the Sony Xperia 1. When the Xperia 1 debuted, it has a unique design compared to other smartphones being released at the time. The main reason for this is that the chassis housed a movie-friendly 21:9 screen, which makes for a thinner and longer handset. The Sony Xperia 5 continues this design tradition, pioneering the narrower-but-taller aesthetic. As well as being good for media consumption, the narrow design makes it easier to hold and use with one hand than the chunkier smartphones you may be used to.

When it comes to technical specs, the Xperia 5 is almost identical to the Xperia 1. The cost reduction really comes because the phone has been shrunk down a little, with a 6.1-inch screen compared to the Xperia 1’s 6.5-inch screen. The durability is the same with Corning Gorilla Glass 6 and IP65/68 water and dust resistance. This is a sturdy phone that you can trust in even the harshest conditions.

The already mentioned taller-than-average screen allows the Xperia 5 to boast Sony’s 21:9 CinemaWide display, which looks stunning on the FHD+ HDR OLED screen. It also allows you to have two windows open at once, which is a game-changing feature for multitaskers. With the Sony Xperia 5, you can watch a movie on the top half of your screen while texting on the bottom, and that’s a unique feature only possible because of its shape. But if you really want to take full advantage of the handset, then use the full screen to watch a decent movie!

You’ll get 128GB of storage inbuilt with the Sony Xperia 5. This is the norm for smartphones these days, and should be more than enough unless you plan on downloading a bunch of massive apps or saving a lot of high-quality videos. Most regular smartphone users would be absolutely fine with the 128GB afforded by the Xperia 5.

However, if you like the look of the Xperia 5 but think you might need a little extra storage space, you don’t need to look elsewhere. The expandable storage allows for up to 512GB via microSD. With that in mind, storage should never be much of a concern for users.

The battery for the Sony Xperia 5 is 3,140mAh. This is nowhere near the most powerful battery you can find in a smartphone, but it is good for casual use.

With the Xperia 5, the battery can last a full day of regular use, even with streaming, browsing and a bit of gaming. It’ll struggle to get through the day with heavier use, but is still markedly better than the performance of the Xperia 1 battery, and the included 18W fast charger will get the phone from 0% to 100% in an hour. Saying that, we would have liked a bigger battery given the Xperia 5’s media credentials.

The rear camera of the Sony Xperia 5 features three separate lenses stacked atop each other:

If you are familiar with Sony handsets, then you will know that Sony likes to cherry pick technology from other parts of its business. What this means is that a lot of the same tech that goes into Sony’s industry-leading Alpha mirrorless cameras is used in the Xperia 5 camera, so you can expect a professional standard. This is evident in features like Eye Autofocus and manual mode, which lets you take complete control over ISO exposure, white balance, shutter speed, and more. Meanwhile, a camera shutter button situated at the side of the phone helps create an authentic camera feel when snapping landscape shots.

Sony isn’t aiming to offer the very best smartphone camera available, but the Xperia 5 is more than sufficient. It might not be able to shoot at the same outstanding quality as competitor flagships like the Google Pixel, Huawei P Series or iPhone 11, but the Xperia 5 camera is more than capable of taking excellent photos, and certainly one of the better cameras in its price range.

One major advantage when it comes to photography and videography on Sony smartphones is the inclusion of the Sony Cinema Pro app, which debuted with Xperia 1. This is designed by filmmakers, for filmmakers, and lets you really get into the nitty-gritty of the camera’s settings to produce stunning, cinematic videos, with eight ‘Look’ colour management presets to work with, 21:9 aspect ratio, 4K HDR, and 24fps.

You can also take high-quality screenshots of your videos through the app, which is the only way to snap photos that match the phone’s 21:9 aspect ratio. The Xperia 5 is also the perfect companion for Sony’s Alpha cameras, and can be used wirelessly as a remote display and controller for them with the Imaging Edge app.

The Xperia 5 was designed with movies in mind and comes with something called The Xperia Experience. With more and more people consuming content on their phones, Sony saw an opportunity to develop a smartphone that brought the silver screen to the palm of your hand.

This is one of the main reasons the Xperia 5 has the unique tall and narrow shape it has; when turned on its side, you’ve got the best widescreen display you can get on a smartphone (a cinematic 21:9), with incredible colour accuracy to match.

To help the movie watching, the Xperia 5’s Creator Mode will adjust videos to reproduce the intended colour profile of the content you’re viewing. To put it simply, Sony says that using Creator Mode “allows you to see movies and TV shows exactly as the creators envisioned”. This will work for almost any video content you watch on the Xperia 5, including films and TV from Netflix and Amazon Prime.

The Xperia 5 also uses Sony’s Dynamic Vibration System; responding to sounds in videos, music and games with haptic feedback, much like a PlayStation controller. This creates an even more immersive experience, simulating the roar of cinema speakers.

As one of the largest forces in the entertainment industry and a true Hollywood powerhouse, Sony has ensured its smartphones reflect the brand’s stature in the cinema world.

There is a fingerprint scanner of the Sony Xperia 5, which is one of the safest security features a phone can have. It is located on the side of the phone, though, separate from the power button. This might take some getting used to if you’re more familiar with fingerprint sensors being placed at the back, or on or below the screen of the phone.

What are the best Sony Xperia 5 deals?

The Sony Xperia 5 is still available (as of February 2021) from a number of network providers as part of pay monthly or sometimes pay as you go deals. The best deal for you will depend on how you’d prefer to pay for your Xperia 5 and what other mobile services you’re looking for, if any.

If you’re looking for a new phone contract alongside your new phone, a pay monthly deal would be best.

Pay monthly Xperia 5 deals are currently offered by providers including:

These deals are for a 24-month contract. You’ll choose your monthly data, texts and minutes allowance, and the cost of your Xperia 5 will be spread across your monthly bills. There will often also be an upfront cost involved.

You might prefer to pay a larger upfront cost and have smaller monthly payments. Or perhaps you want a plan that caters specifically to international roaming or public Wi-Fi access. Each pay monthly plan will have its own features, conditions and customer extras.

If you just want the Xperia 5 on its own - and we recommend you do this, given the age of the phone - you’ll find that pricing is fairly similar across the board. With most retailers and network providers, you’d have to pay for the phone entirely upfront, although there may be an option to get your Xperia 5 SIM-free and still spread the cost across monthly payments.

How expensive is Sony Xperia 5?

When purchased SIM-free, the Sony Xperia 5 currently goes for around £699. That’s a bit more than the Samsung Galaxy S10, which is currently around £550, and just a little bit less than the iPhone 11 (both phones have also been superseded), which starts at around £700.

The Xperia 5 is a cheaper variant of the Xperia 1, which is currently around £840. You’d be paying quite a lot less for the Xperia 5 while getting basically the same phone, just a few inches smaller. Again, both of these handsets have been replaced in Sony’s line-up so it is certainly worth checking out the Sony Xperia 5 II and Sony Xperia I II for the latest Sony offerings.

What other handsets should I consider?