If you’re looking for a mid-range maestro with a screen that screams movies and gaming, then you should certainly consider the Sony Xperia 10 II - a phone that (nearly) has it all. 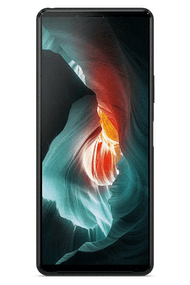 Yes, if you are not ready to move into flagship territory and want a handset that’s easier on the wallet and even easier on the eye. The Sony Xperia 10 II is a fantastic middle ground of specs and pricing, upgrading specs where it counts from the original Sony Xperia 10 II. The only thing we aren’t totally enamoured by is the rather clunky name.

Sony Xperia 10 II: About the hardware

The Sony Xperia 10 II joins a plethora of mid-range handsets, all of which are punching above their weight in terms of specs and offering much the same as many pricier handsets. Design wise, the handset is sleek. It houses a 21:9 six-inch screen, with an OLED display. This makes for a rather tall phone that is great for viewing Netflix and the like (as the aspect ratio is primed for movie watching). It’s powered by a decent Qualcomm Snapdragon 665 processor and has a triple-lens camera setup, with the main camera being a 12MP zoom lens.

The Sony Xperia 10 II comes with 128GB storage on board and 4GB of RAM. 128GB is suitable for most users, ideal for:

The good news is that if you feel that 128GB is not enough, then you have the option to add more storage, thanks to the microSD card compatibility. While there isn’t one available in the box having this option is good news for those who are media hoarders.

The Sony Xperia 10 II comes with a 3600mAh battery and this is set to last. As with many a mid-range phone, given the processor isn’t blistering fast the battery tends to last a little longer and we expect the Sony Xperia 10 II to last around 20 hours of pretty constant use, which means that it will definitely last a day and then some.

Sony has kept it simple with the Sony Xperia 10 II and is offering two colour options: black and white.

As with many Sony devices, the camera side of things is impressive. Sony has a long history of delivering best-in-class photography features with its handsets and what’s on display here is good for a mid-range phone. While 12MP doesn’t sound huge (many sensors are 48MP or more on rival phones), it does a decent job, thanks to features such as HDR. It doesn’t have the low-light capabilities that other handsets have, though, and its camera software is surprisingly unintuitive in places. It’s great to see a triple lens camera array on board, though.

There is a fingerprint scanner on the Sony Xperia 10 II as well as the normal password, pin and pattern security features.

What are the best Sony Xperia 10 II deals?

The Sony Xperia 10 II is a mid-range flagship that may well get replaced this year. As of January 2021, there has been no word on a successor. Because of its modest price, deals range from around the £20 mark a month to double this, depending on what kind of data bundle you are looking for.

It is worth thinking about the following before taking on any new mobile phone contract:

There are a number of service providers that are offering the Sony Xperia 10 II on a monthly contract. Pricing seems to vary according to the amount of data the contract is offering.

Sony Xperia 10 II on pay as you go

On Sony’s official site (as of January 2021) you can get the Sony Xperia 10 II for £319. It may be worth considering buying the phone then look for a PAYG or SIM-free package.

Can the Sony Xperia 10 II connect to 5G?