The Samsung Galaxy S9 Plus is fast becoming a phone that’s obsolete. It’s been superseded by the S10, S20 and S21. If you can still find it, though, and it’s a decent price then there is a great phone to be had. 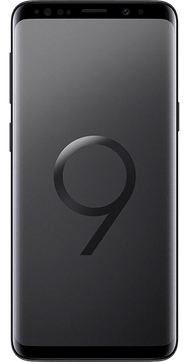 Should I buy the Samsung Galaxy S9 Plus?

Released in 2018, at the time the Samsung Galaxy S9 Plus was the top of the handset crop. In 2021 its specs aren’t quite as rosy. You do get a decent sized screen, some processing grunt and the phone can be upgraded to the latest Android, but it all looks - including its looks - a bit dated.

Samsung Galaxy S9 Plus: About the hardware

The Samsung Galaxy S9 Plus is a subtle upgrade on the Galaxy S9, with one of its most notable features being a larger, curved infinity screen. It's complemented by a glass and metal design, which gives it its modern look. And it’s got dust resistance and waterproofing too.

The display itself is equally sleek, with the operating system specifically designed to streamline your homepage and to make navigating your phone easier. It also uses Samsung’s signature Bixby assistant, an artificial intelligence bot that helps you with searches and shortcuts. We’re not a fan, but it’s good to see Samsung add some AI smarts to its handsets.

Its dual aperture camera, with a specialist low light setting makes it easier to get great shots at all hours of the day. The front-facing camera even incorporates an AR Emoji mode, so you can mix up your selfies with props and filters.

The Samsung Galaxy S9 Plus is only slightly different to its predecessor, but one marked difference is the larger screen size on the S9 Plus.

They are both now three years old (as of March 2021), so even if you’re looking for a more affordable phone, the S9 Plus is well within reach. Both have got similar camera capabilities, although you might get a better view of your pictures with the S9 Plus’s curved infinity display and spacious screen.

One of the main appeals of the Samsung Galaxy S9 Plus is that it's now one of the more affordable options on the market, given its age. On the flip side of this, it can be hard to track down because many networks are now carrying newer models instead. However, if you’re able to find it, you’re likely to get a great deal – whether you choose a contract or SIM-free handset.

It’s also one of the last of the Samsung line-up to have a 3.5mm headphone jack – which fits most standard headphones. It means that you won’t have to buy an adaptor or new headphones, as you may do with some of the newer models. The other key selling point of this model is its sizable screen, at 6.2 inches. At the time this was the biggest around - compare it to the S20 Ultra’s 6.8-inch screen, however, and it looks pretty small in comparison.

One of the drawbacks of getting the Samsung S9 Plus now is that it’s already been overtaken by a number of newer models, so you won’t be getting cutting-edge technology. This is particularly relevant if you’re considering getting a contract, because you’ll be tied into your handset for a set period of time.

Another complaint about the Galaxy S9 Plus is the rear fingerprint scanner, which is a departure from the typical screen sensor. The placement has been described as awkward and can sometimes need multiple attempts to unlock the screen.

The most notable specification is the 6.2-inch infinity display with its curved screen, giving you a HD experience whatever you’re watching. There’s a unique 18.5:9 screen ratio and curved edges that complete the look.

The visuals are complemented by stereo speakers which create a surround-sound effect. It uses Dolby Atmos, which is a big bonus and was one of the earlier phones to have this technology.

There’s also 128GB of memory, which makes it easy to save all the media you want and can be boosted with a microSD, which allows for up to an additional 400GB space..

Another important feature is the dual 12-megapixel camera and the 8-megapixel front-facing camera. It’s particularly good for managing poor lighting conditions, and also comes with a range of tools to help you set the scene, including Panorama Mode and Live Focus.

Here are some of the main Samsung Galaxy S9 Plus camera specs:

It’s also worth mentioning the AR Emoji keyboard, which you can use to add some interest to your selfies. You can even create your own likeness in the emoji app, with a choice of 14 preset poses that you can use to create video clips and GIFs.

How can you get the best Samsung S9 Plus deals?

Since the Samsung Galaxy S9 Plus has been out on the market for a while, there are a lot of deals available if you’re willing to shop around. You may find that there are some shops that are no longer stocking it because newer models have taken its place, but there are still plenty of places where you can get either a contract or a SIM-free handset at a reasonable cost.

Arguably the most important feature to consider when picking a contract is data usage. While unlimited texts has become a standard offering and most contracts will include more minutes than the average person can use, the big difference between options will be how much data is included as standard. You can always add bolt-ons on as you go, but it’s often cheaper to have a high monthly plan rather than consistently buy additional data.

Is it better to get a Samsung Galaxy S9 Plus contract or SIM-free?

While brand-new phones are often only available on contract or are prohibitively expensive to get as a SIM-free handset, the ones that have been around for a while (such as the Samsung Galaxy S9 Plus) are often available as either. You can save on upfront costs by getting a contract but that does mean you’re tied in for typically a year or more. On the other hand, if you pay for your handset on a SIM-free basis, you’re free to change networks or to use your existing SIM, but you’ll have to pay more initially.

Can I get the Samsung Galaxy S9 Plus as a refurbished phone?

As with any phone that’s been about for a while, some of the best Samsung Galaxy S9 Plus deals are going to be on refurbished phones. These are second-hand phones that have been repaired to perfect working condition and they typically come with the same warranty as if you bought a brand-new phone. You can often save money by getting your handset this way, and you’ll also be helping to reduce your environmental footprint by cutting back on electronic waste.

What accessories should I get with the Samsung Galaxy S9 Plus?

You’ll get most of your essential accessories included in the box with your phone, unless you’re choosing a second-hand model. Your charger and cable are both provided, along with AKG headphones and a Micro USB-C connector which you can use to transfer data and connect different devices. The S9 Plus still has a 3.5mm headphone jack, so you’ll likely be able to continue using your existing headphones.