At its heart, the Samsung Galaxy S8 Plus offers many of the same features as newer Samsung models, but it also costs less because it’s an older design. This means that there are some great deals out there. Here’s a closer look at what it has to offer. 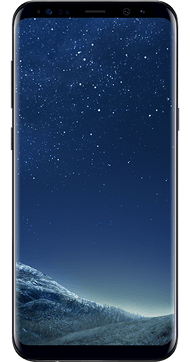 The Samsung S8 Plus is powered by an octa-core Exynos 8895 processor, which makes it superfast and responsive. It also includes a fast-charge 3,500mAh battery, 4GB of RAM and plenty of storage, both internally and externally. This was also the first Galaxy S Phone to ship with the Bixby virtual assistant.

Samsung S8 Plus vs. Samsung S9 Plus

What about its successor? How does the S8 Plus compare to the S9 Plus? There’s not much difference in terms of design styling, but the later model does incorporate a better camera and an improved fingerprint scanner. The S9 Plus is also heavier than the S8 Plus but with a smaller screen. Both phones are resistant to water and dust, and both feature curved Infinity displays.

The Samsung 9 Plus design was also overhauled in terms of its processor and operating system. The later model includes an Exynos 9810 chipset running Android 8 compared to the S8 Plus’s Exynos 8895 and Android 7. This gives the S9 Plus a slight edge when it comes to speed and power.

Samsung streamlined storage options on the S8 Plus. As a result, it’s only available with 64GB of internal storage and an extra 256GB of space via a microSD card.

How much storage space does my Galaxy S8 Plus need?

Will 64GB of storage be enough? With this amount users can:

However, this may not be enough for those who regularly:

Fortunately, the Galaxy S8 Plus includes a microSD card slot that can be used to provide a further 256GB of storage to help meet such demands.

The Galaxy S8 Plus’s 3,500mAh battery should have more than enough power to see you through the day. Large and efficient, it’s designed to last a day-and-a-half during typical use after being fully charged. Fast wireless charging is also on hand, and the phone also includes a USB-C cable. It takes just over an hour to completely recharge the battery, but a quick top-up can take a matter of minutes.

This phone has an edge-to-edge Infinity Display screen and feels smooth and comfortable in your hand. To round out its modern aesthetic, the S8 Plus comes in a range of colours inspired by nature. Options include:

You’ll find two cameras built into the S8 Plus, including a:

Both cameras feature a large f/1.7 lens aperture, which lets in plenty of light in dimmer conditions. That means that the S8 Plus is a great choice for snapping selfies as the light goes down and can capture every detail of a fading sunset.

Personal details are kept secure with a triple whammy of security features. Biometric security options include iris scanning, facial recognition and a fingerprint scanner, any of which can be used to unlock the phone.

Like other Galaxy phones, the S8 Plus also has Samsung’s military-grade security system Knox built into its software and hardware, which automatically encrypts data held on the phone.

The S8 Plus was released back in 2017, but it’s still widely available now, in July 2020, and you’ll find pay-monthly deals from networks including:

It can be more difficult to source a new one, however, if you want to purchase the handset outright.

What are the best Samsung Galaxy S8 Plus deals?

There are some highly affordable Samsung S8 Plus deals available, but what else is important when choosing a plan?

Whenever you’re looking for a pay-monthly plan, be sure to read the fine print. This is particularly important when it comes to contract length. The S8 Plus is an older phone, so if you are considering getting it, make sure you’ll be happy to use it for the duration of the plan before committing to any contract. It can be difficult to switch networks if you change your mind.

The cheapest deals might only offer 1GB of data per month. For many users, this won’t be enough, particularly for those who like to download videos or play online games on the go. Medium to heavy data users should consider a plan with at least 10GB per month.

For some, it makes sense to think about getting their mobile together with broadband and TV services. Providers often offer discounts and loyalty perks - from cashback vouchers to free entertainment passes - if you bundle these services together. This doesn’t necessarily mean they always provide the best value, though. As always, it pays to shop around.

Finally, it’s important to make sure that the operator has strong network coverage in your area. You can use a postcode checker to see what’s available before you begin reviewing the latest deals.

How expensive are Samsung S8 Plus contract deals?

The Samsung S8 Plus cost £779 when it was first launched. However, it’s been on the market for a few years now, which means you can often find refurbished models for far less. At the time of writing, in July 2020, there are some very affordable Samsung S8 Plus deals available, with some retailers selling the S8 Plus for less than £350.

There’s still a handful of networks offering pay-monthly contracts for this device. The benefit of a pay-monthly plan is that you can spread the cost of the device over time, while also buying the data and minutes you need. The cost will depend on whether you choose a plan with a new or refurbished handset.

As of July 2020, networks were offering the following incentives:

If you do decide to purchase the phone upfront, you’ll have more freedom as you’re not locked into a contract. A pay-as-you-go plan means you only need to pay for the data, texts and minutes you use, topping up your account with credit as required.

Is the S8 Plus compatible with 5G?

No, this phone only works on 3G and 4G networks. Later generation Samsung Galaxy phones, like the S20, are available for those who want the superfast speeds that 5G provides.

Yes, the S8 Plus has an IP68 water-resistance rating. This means that it’s designed to withstand submersion in up to one meter of water for up to 30 minutes. The rating also means that it’s dust-proof, so you can take it into the great outdoors. However, Samsung doesn’t recommend that you take it swimming.

Is this phone right for me?

It could be. It has a great camera and a powerful battery. Its larger screen will also appeal to many, and the chipset provides fast, powerful processing that gives the phone a premium feel. And although it may not have as many cameras as some of the newer Galaxy phones, the ones it does have are high quality.

What about the iPhone 8 Plus?

The iPhone 8 Plus is much smaller than the Samsung 8 Plus, with a 5.5-inch screen and larger bezels. This means that the S8 Plus offers a more cinematic screen display. However, the iPhone offers some neat features of its own, including Siri and its easy-to-access Control Centre. It also has a convenient home button and a second telephoto camera lens.