You don’t have to limit yourself to the latest releases to enjoy the best that Apple has to offer. The iPhone 6s Plus may have been released five years ago, but it’s still well worth considering. 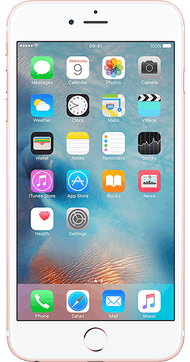 The iPhone 6s Plus was originally released in September 2015, 12 months after the original iPhone 6. In terms of design and performance, it is identical to the iPhone 6s, which was released at the same time. The only thing that sets it apart is its plus-size screen – hence its name: the iPhone 6s Plus.

While the iPhone 6s Plus’s 5.5-inch screen may seem appealing initially, you need to think carefully about whether it offers real value for money. After all, the iPhone XR has a 6.1-inch screen and is an altogether more modern build. This combination could make it a more attractive proposition if you’re in the market for a large-screen model. The iPhone 6s is a great phone for those on a budget, whether it’s the standard or supersized version, but it probably isn’t worth paying more for the Plus model.

How much storage does my iPhone need?

Unfortunately, iPhones have never accommodated SD cards, so you can’t expand your iPhone storage capacity later. The following breakdown may help you decide which version would be right for you.

32GB is ideal for light users who:

128GB is ideal for most users who:

It’s worth getting into the habit of using cloud storage as much as you can, as almost everything you do with your phone will take up local storage bytes on your phone. Keep in mind that not every app you use will stay the size it was when you downloaded it.

The Facebook app, for example, can be installed in 50MB, but, like WhatsApp, the more you use it, the more data it caches. That means any media you encounter – images, video, music – on those apps are saved on your phone by default.

As with any modern phone, battery life varies hugely depending on how you use your phone. Constantly streaming, using heavy programs and leaving apps running in the background will all drain your phone’s energy. The iPhone 6s Plus battery should get you through the day, however, unless you’re using it particularly intensively.

The iPhone 6s Plus comes in the same number of shades as the standard version:

The iPhone 6s Plus cameras are:

It also has the following extra features to help you improve your snaps:

The iPhone 6s Plus uses the Touch ID technology so you can unlock your phone screen using your fingerprint. You can’t use Face ID on this phone as Apple only introduced that feature on later models.

Having been discontinued, the iPhone 6s can be hard to find even in its standard form, so you’re unlikely to discover a wide range of iPhone 6s Plus deals. If you’re struggling to locate your ideal phone, it may be worth reviewing why you chose that particular model.

If it’s because you want an older, more affordable iPhone, you might wish to consider the more readily available iPhone 7 or the large-screen iPhone XR. If you simply want an iPhone at a budget price, then you could try investigating deals on refurbished phones as you may discover more up-to-date, discounted models in that market.

iPhone deals are no different from any other phone deal in that you should always consider more than just the price. Don’t jump into a new deal without looking at the following factors:

How expensive is the iPhone 6s Plus?

If you can track one down, a new iPhone 6s Plus currently costs around £300. For refurbished phones, you’re likely to find deals at half that price from networks like giffgaff, though obviously, your device won’t be box fresh.

Pay-monthly options are even rarer on this phone, simply because most suppliers don’t have these discontinued models left in stock. Currently, EE is the only major name that offers this phone on contract.

Your best bet for a pay-as-you-go iPhone 6s Plus is to look for networks that offer refurbished phones, such as giffgaff. It offers refurbished phones on a first-come-first-served basis, so if you see something you like, jump on it. Bear in mind, these are all pre-owned phones, so they may only have one of your preferred model.

Yes, the 6s and the 6s Plus are both great phones for those looking to enter the world of Apple, but don’t want to pay a premium for the privilege. That said, the iPhone SE has been specifically designed to be affordable and can provide a more modern slice of Apple tech at a similarly low price. Keep an open mind and check the bundled extras included in each deal as well as the price . All Apple phones deliver a great experience, but only you can figure out which deal is best for you.

Which is the best old iPhone?

The best iPhone is the one that lands you the best deal. An iPhone 7 can be just as satisfying in terms of sleek design, camera quality and the whole iOS experience as an iPhone 11  - especially if you don’t compare the two side by side. Will you get better tech by paying more? Yes, obviously. Does that invalidate the quality of the older iPhones? Definitely not.

Is the iPhone 6s Plus worth it?

The iPhone 6s Plus has 1.2 inches more screen real estate than the iPhone 6s, but its display is smaller than the later iPhone XR and the standard iPhone 11, which makes the Plus seem a bit dated. Today’s customer is likely to be underwhelmed by the phone’s Plus-ness, especially as some modern budget smartphones have larger screens.

Is it safe to buy a used iPhone 6s Plus from a site like eBay?

No. Pre-owned phones that come from auction sites are unlikely to have been professionally refurbished. That means data and problems from its previous life will still be present and could affect your use of the phone. A factory reset isn’t sufficient to delete any online account details, and if you’re unable to log into those, you might end up with nothing more than an expensive paperweight.

What does discontinued mean?

Discontinued phones are no longer being made by the manufacturer. This means you can still buy the phone while it’s in stock, but once all the handsets have been sold, no more will be available. This is why finding a discontinued phone can be so difficult. Smaller outfits that didn’t sell as many units, may still have discontinued models available ‘in the back’, but probably won’t be actively promoting them.

Do some networks have more iPhone options than others?

Not really, no. These are among the most sought-after phones and are widely available, so you’re unlikely to see much disparity between retailers. What you may find is that some networks offer phones on pay-as-you-go while others don’t, but that’s down to the networks’ marketing policies.