The world may be hyped about the release of the iPhone 11 and the more pocket-friendly iPhone SE, but if you’re looking for a cheap iPhone, the iPhone 6S is a great choice. And it still packs a punch when it comes to the offerings we associate with Apple. 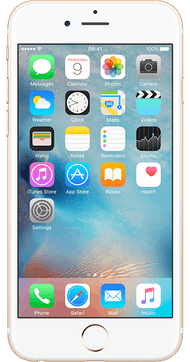 iPhone 6s: About the hardware

The iPhone 6s was released as a revamped iPhone 6, and was accompanied by the iPhone 6s Plus. There are noticeable differences between all three models, but none that invalidates the original iPhone 6, which is an equally good choice as a low-cost iPhone. There have been improvements on the iPhone 6 in terms of camera. The iPhone 6s also  gets an extra power boost thanks to its A9 chip, which performs favourably in comparison to the A8 chip in the original iPhone 6. That said, the screen size and display remain the same, although storage options are more generous in the later model.

The only real difference between the iPhone 6s and the iPhone 6s Plus is the screen size. Everything else remains the same. Considering that the iPhone 11 and iPhone XR both have 6.1-inch screens, the ‘Plus’ element of the iPhone 6s Plus has become somewhat dated. If you were thinking of going for that model in the hope of having a huge screen, you may be disappointed when judging it against Apple’s modern handsets.

The iPhone 6s improves on the iPhone 6 when it comes to storage capacity. The 16GB offering has gone, leaving you free to choose a 32GB or 128GB version.

How much storage does my iPhone need?

You can’t use SD cards or expanded storage with iPhones, so it’s important to pick the storage you need when you buy your iPhone 6s.

32GB is ideal if you’re a light user. This means that you:

128GB is ideal if you’re a heavy user. This means that you:

A full HD movie is around 120MB, a heavy app like Instagram is around 140MB, while apps like Facebook start at a modest 50MB. Storing images that you’ve browsed or shared can quickly consume storage space. For instance, WhatsApp automatically saves all the media shared with or by you – unless you disable that option in the settings. This can lead to a lot of storage space being used just by your favourite apps. (Not sure what MB is? Check out our bits and bytes article.)

Compared to the original iPhone 6, the iPhone 6s has more colours and is available in:

However, because of the phone’s age, you may not be able to choose from the full range of colours when hunting down a deal.

The iPhone 6s uses Touch ID, so you can unlock your phone with a fingerprint – if you want Face ID, you’ll need to look at later iPhone models.

Being an older, discontinued model, you may find it hard to track down an iPhone 6s, but there are still deals available. Once again, the phone’s age means that you’ll have less choice about the type of contract offered, so you may need to accept a fixed-term or a pay-as-you-go agreement.

As with any mobile deal, you should base your decision on more than just the price. For example, you might find your chosen model for a great price on a pay-as-you-go contract, but if a fixed-term deal comes with enticing customer perks, such as a free subscription to a service you were planning to sign up for anyway, you might save more money overall by opting for the fixed-term agreement. Always consider the following:

How expensive is the iPhone 6s?

As a discontinued model, the iPhone 6s will naturally be cheaper than modern models, but getting your hands on one may be hard. Brand new, the iPhone 6s should be around £250, while a refurbished model can easily cut this price in half. Contract costs will depend on your network, contract length and any extras you add in.

Most networks are focussed on promoting shiny pay-monthly packages for Apple’s more recent models, but these networks still offer pay-monthly options for the iPhone 6s:

You can find some good pay-as-you-go deals on refurbished iPhone 6s models, including at giffgaff, which offers low-cost handsets with great-value SIM packages.

Yes, absolutely. Naturally, the tech behind the phone has evolved since its 2015 release, but the iPhone 6s remains a particularly good bet, with everything you’d expect from Apple. The 12MP camera, for example, is still being used in the iPhone 11 and iPhone XR, albeit with some additional shooting modes. The iPhone 6s won’t deliver the best of Apple’s modern-day tech, but it will give you a worthy iPhone experience even five years after its release.

Which is the best older iPhone?

If you’re looking for a slightly older, more affordable iPhone, the iPhone 7 or iPhone 8 are solid options. Demand for the iPhone 6s isn’t as strong because it’s five years old and has been discontinued. In terms of performance, Apple iPhones are always at a premium for a reason. Unless you compare the older models side by side with the iPhone 11 or XR, you’re unlikely to be disappointed by the way the iPhone 7 or 8 performs.

Is the iPhone 6s Plus worth it?

This one is slightly more debatable. The iPhone 6s is an excellent phone, but it probably isn’t worth paying significantly more for the Plus model. If you want a bigger screen, you may be better off considering an iPhone XR or any of the newer larger-screened models that can justify their high price tag with more modern features.

Is it safe to buy a used iPhone 6s off eBay?

We don’t recommend it. Most eBay sellers don’t refurbish phones correctly – many settle for a factory reset, which doesn’t remove all their data or make it safe enough for you to start inputting yours. As well as leaving online data behind, a factory reset won’t purge stubborn viruses or system bugs. If you want a refurbished phone, always go to a reputable mobile network.

What does discontinued mean?

When a phone is discontinued it means that the model is no longer being made. Your network may still have some in stock from when Apple was still shipping out the iPhone 6s. Once those phones are sold, however, that’s it: they won’t be restocked.

The cheapest current iPhone model is the iPhone SE, which is a revamp of an older model.  It’s significantly cheaper than Apple’s other recent release, the iPhone 11. Older models, like the iPhone 7, can sometimes be more expensive than the SE because they were never designed to be budget models – they were the flagship models of their day. All of which shows, you need to weigh up your options carefully.

Do some networks have more iPhone options than others?

In the main, all the big-name suppliers will have the same iPhone options available. Some smaller suppliers may still have older phones in stock simply because they haven’t sold as many units and still have stock remaining. This is great news if you’re looking for a deal, but it does obviously limit your options, especially if the phone is locked.