The history of mobile phones

Most of us can’t live without our mobile phones. Whether it’s staying constantly connected to friends and family, being able to dial into work meetings from anywhere in the world or needing Google Maps to find the quickest route home, they’re an incredibly important part of modern life. And smartphone technology has come a long way in the past five years alone with 4G and 5G transforming your mobile broadband experiences. 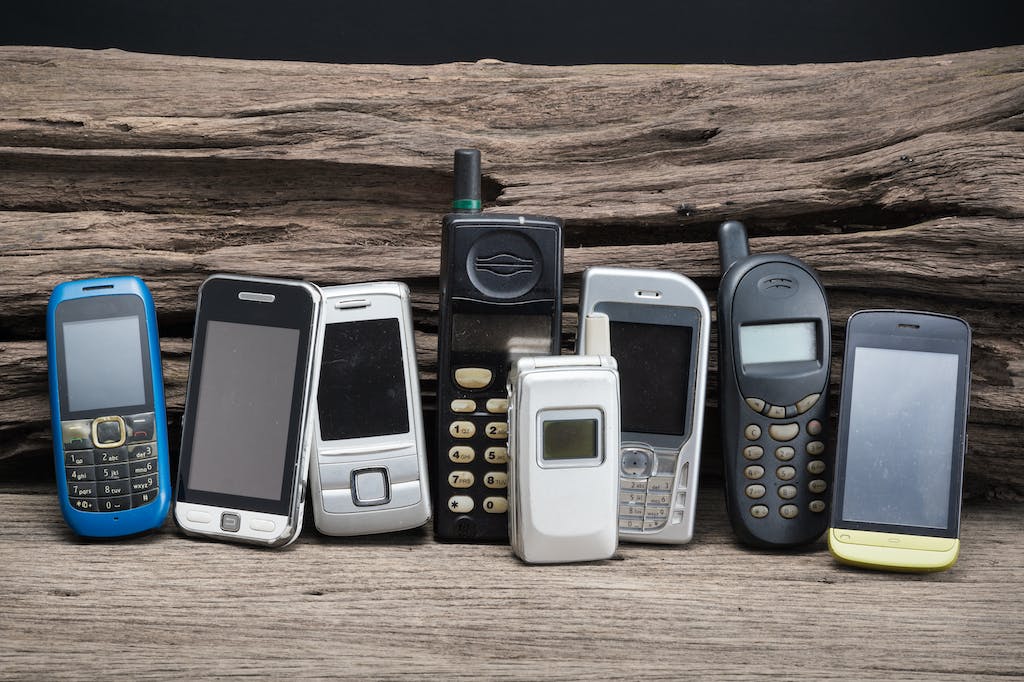 The cell phone, as the Americans call it, started life well over a century ago in Kentucky, where a wireless phone was in development…or so it was claimed. The idea was so outlandish it was said to be fraud, and development never actually came to fruition.

It didn’t take long for the idea to be taken up elsewhere, though, and in 1918, Germany created a wireless phone design for the railway systems, which was soon being offered to first-class passengers. As impressive as all this may seem, the mobile phone as we know it didn’t actually come into development until 60 years later.

When were mobile phones invented?

Mobile phones in their somewhat modern form came about in 1983. The company that got there first was Motorola and it was far from a cheap mobile deal at $4,000. It’s worth mentioning the infamous Nokia (Mobira) Senator came out a year earlier. Although it only just qualified as a mobile phone considering you had to carry a 10kg operating unit, complete with antenna, if you wanted to use it to make a call. Another fun fact: the first mobile phone call in the UK was made to the then-chairman of Vodafone.

By the time the 90s came around, Motorola had started to develop models that were much sleeker and more accessible, and lay the way for the classic flip phone.

Who invented the mobile phone?

A lot of groundwork and technological developments went into the years before the mobile phone was finally released, so it’s hard to say precisely who made the first phone, or even what country really started it all.

Motorola made the phone that is most widely acknowledged as the first mobile, which was created by the inventor Martin Cooper. However, Nokia’s notable attempt, and other, much earlier phones that, by definition, were phones that could be used when mobile, had been around for a long time.

When did colour phones come out?

Siemens created the first colour mobile in 1997. It didn’t have the full spectrum of colours but it was a big step up on the black and grey screens of any devices that had come before.

Full-colour screens didn’t arrive until 2001 when screens capable of showing imagery with some level of colour trueness arrived on the scene in the form of the Sony Ericsson T68.

When did camera phones come out?

The same phone that championed full colour, the Sony Ericsson T68, was also the first widely-available camera phone. Sure, the phone had to be clipped on, but it was still a massive advancement. To promote the device, Sony paid actors to pretend to be tourists, asking (soon-to-be-amazed) people to take their photo with their groundbreaking new phones.

We’ve spoken a lot about the screen, but MP3 capabilities weren’t added to mobiles until the new millennium. Before then, phone ringtones featured the same beeps that the keys made. You could even create your own ringtone by typing the keys at random.

With the development of colour screens and image sharing, phones were firmly moving away from a must-have for business sorts and an essential accessory for everyone. Add-ons like cases and interchangeable front plates meant that the phone was a reflection of personal style.

The Nokia 3310 is perhaps one of the most iconic gadgets of the 2000s, with endless cases that not only confirmed the mobile phone’s status as a fashion piece, but also appealed to teens who were keen to personalise their new devices.

When did smartphones come out?

Phones started getting smarter around 2003 when 3G started operating and front-facing cameras meant video calls were possible. Blackberry was also booming in the early 2000s, due to being packed with the extras we now consider normal but which, back then, were at the forefront of productivity. Online features like Wi-Fi, web browsing and email were all introduced.

The first smartphone as we know it today in terms of design would be the LG Prada in 2007 which, as the name suggests, was designed in collaboration with the massive fashion house. Still, the capabilities of this phone were limited, certainly when you consider that mere months later, the iPhone was released, and mobile phone history was made.

Apple’s first iPhone was truly groundbreaking. From a touch screen that was far more capable than its LG rival and rendered in glass, to internet browsing made easy and fully functioning apps (the app store soon followed, letting third parties add their software right onto phones). Released in June 2007, the iPhone 1 was a stratospheric leap forward in phone development.

We can’t mention iPhones and not mention Samsung, its closest rival in modern memory. The first Samsung Galaxy wasn’t released until after the iPhone 1 in 2009 and, on the surface, it wasn’t quite as innovative. Strongly in its favour, though, was the phone’s full suite of Google services.

The future of phones

From a foldable smartphone to the budding 5G network, mobile phones show no signs of becoming less exciting. We may have breached the obstacles of colour screens, cameras and Wi-Fi long ago, but what’s next for smartphone innovation? With each new release, it seems that brands take technology and reinvent it, and people are enthusiastic to experience it for themselves. Whatever the future holds, you’ll know where to head to find the best phone deals.