What is a mobile operating system, we hear you cry? More commonly known as a mobile OS, they are the user-friendly interface between the device’s operator and the machine’s hardware, programs and apps. Your phone is like a mini computer and all computing devices use an operating system. Here’s everything you need to know about your phone’s OS: what they are, what they do and, most importantly, how they work on your phone. 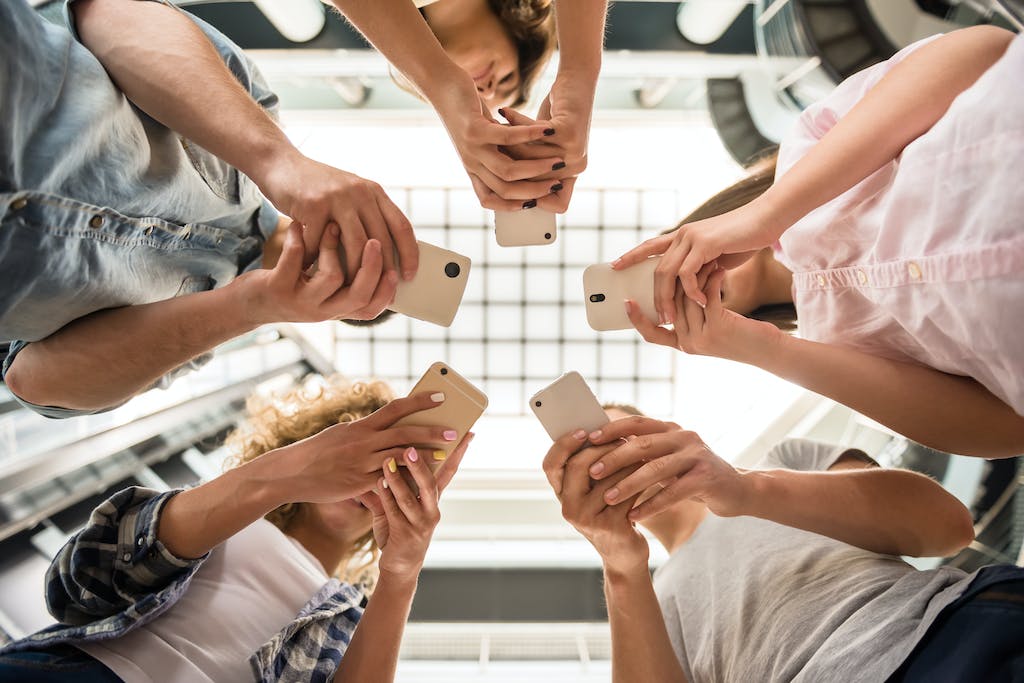 What is a mobile operating system?

A mobile operating system is the software that makes all these activities possible. The phone’s OS works behind the scenes, managing memory and other resources to ensure everything works as it should.

The phone’s mobile operating system also works as a platform for developers, enabling them to create new apps. Thousands of apps are developed each day to deliver games, news and messages directly to our phones. Each app is programmed as a separate entity but relies on common elements of the mobile’s operating system to work smoothly with other software and components of your phone.

What do cell phone operating systems do?

We’ve already mentioned how an OS enables separately programmed apps to run together on your phone, but what else do these mobile operating systems do, and what do they look like?

When you unlock your phone, you’ll see various tiles, buttons, windows and other icons that you can swipe and tap. This framework of interactive pieces is what makes up the visual architecture of any mobile OS. It gives your smartphone’s software and hardware a clean, intuitive interface so that you don’t have to input lines of codes to perform basic functions.

The mobile operating system is always running in the background, managing hardware and processing tasks so that your programs work together in a coordinated manner. In addition to apps, it also manages your smartphone features, including multimedia controls, internet connectivity, cameras, GPS navigation and security.

Mobile operating systems differ from desktop operating systems in one major way. They’re able to connect to the internet directly via the mobile phone network. They do this by using a wireless service provider and the smartphone’s built-in modem. By comparison, a desktop OS relies on an external Ethernet connection or home broadband network connection for access.

Another typical feature is a native web browser application, which is built into the platform to allow users to access web pages from the home screen. Typically this is Google Chrome on an Android device and Safari on an iPhone but there are other web browsers available to download and use from your app store of choice.

Your smartphone probably also came loaded with a GPS application that uses the device’s hardware to track your phone’s position. It’s the mobile operating system that provides the link between that hardware and the GPS-based app you see on your screen. It also allows you to share your location with other devices and updates it as you move.

Fresh-out-of-the-box phones also include native email, calendar and contacts apps, all running on your smartphone’s OS. Mobile operating systems make it easy to find and download more apps for your phone, with the inclusion of a preloaded app store on the home screen. This gives you access to apps that aren’t included on your phone by default.

If you currently have an Huawei device, then you may have found that Google services are no longer available on the phone, including the Google Play app store.

While there are dozens of mobile operating systems out there, in the UK the main choices are:

Here’s a closer look at what each of these has to offer.

Designed and owned by Google, Android OS is one of the world’s biggest operating systems. It’s used on over a billion devices, from smartphones to tablets.

Android is powered by Linux Kernel and is open source, which makes it easier for developers to build and test new applications and programs. With so many developers creating new software, users have a seemingly limitless supply of content. Google Play includes millions of ever-changing apps, many of which are free.

Apps, home-screen widgets and folders are all customisable on your device. You can also tailor your home screen to best suit your needs, with bespoke features and shortcut icons to the apps you use most.

If you own an iPhone, iPad or iPod Touch, you’ll be familiar with the Apple iOS. It also powers the Apple Watch. This mobile operating system helps you to multitask, with a responsive interface that lets you easily control your phone. Apple iOS works with tapping, sliding and pinching to zoom in on features or swiping from one task to the next.

What are open-source operating systems?

Open-source software is available to use or develop without restrictions. This means that if you have an open-source mobile operating system like Android, anyone can download or develop its software. This makes it more customisable than proprietary OS platforms.

In most cases, no. If you’re using a Samsung phone that uses the Android OS, you won’t be able to access Apple iOS features. In other words, if you download an app specifically designed for iOS, it won’t be compatible with your Android phone, even if you unlock it. Android and iOS are not interchangeable, so you need to use the correct operating system for your phone and the correct apps for your operating system. Both Apple and Android have made it easier to make the switch between the two operating systems, but they are definitely separate entities.

How can I find out which operating system my phone is using?

If you’re still not sure which mobile operating system your phone is using, look at the settings menu to find out. This will include both the name and version of the operating system that you’re using. The operating system will also be listed on the manufacturer’s website and the phone’s packaging, enabling you to consider the OS when looking for a phone deal.

What are mobile device upgrades?

You may notice your smartphone requesting permission to upgrade from time to time. This process, which usually requires a restart, updates the phone to use the latest version of the operating system. OS developers are constantly working to close any security loopholes and ensure that phones operate at peak capacity, so it’s important to upgrade your OS when prompted.