How to stop nuisance calls on mobile phones

Have you been involved in an accident recently? Probably not, but that won’t stop scammers trying to convince you otherwise. Oh, and that urgent demand for you to pay a tax bill may well not be from the HMRC. That’s because nuisance calls are exactly that and the people who make them won’t stop calling no matter how many times you ask them to stop. This is a serious business, costing the economy £190bn each year. Fortunately, there are ways to prevent them from reaching you. Here, we’re focusing on how to stop nuisance calls on your mobile. You can also block unwanted calls on your landline, but that’s a different process and may require additional paid services from your provider. 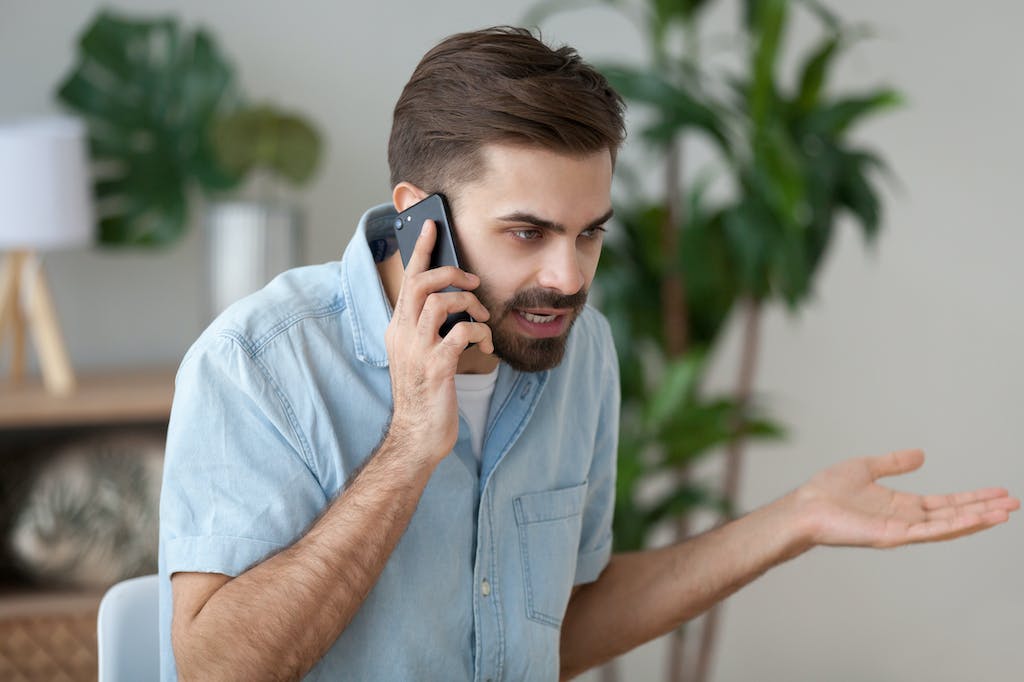 What is a nuisance call?

There are a lot of different kinds of calls that can be considered a ‘nuisance’, but the term generally relates to unwelcome, unsolicited calls from a company who wants something from you – often money. They don’t necessarily have to be from ‘humans’ either, some scam callers use robots to do their work.

The most common type of nuisance call is the scam call. Scam callers aim to get personal information from you by posing as a reputable institution or company, like a bank or insurance company. These callers try to get personal data that they can then use to fraudulently access and steal money from your account. While you may think you’d be able to identify a scam call fairly easily, it can be tricky: phone criminals are opportunistic and often switch their tactics.

Telemarketing calls, which also fall under the category of nuisance calls, aren’t a threat – they are trying to do legitimate business – but that doesn’t make them any less annoying. These could be telesales agents calling to try to sell you a product or service, or pre-recorded marketing messages and texts. Don’t feel bad about hanging up on them, they’re used to it.

Rarer and of lesser concern are calls from a business you have bought goods or services from in the past. The good news is that you know you can trust them; the bad news is that they have your information on file and can contact you any time. Charities are known to make calls asking for donations, and insurance or energy companies may call you trying to upsell something. Nowadays most of this type of marketing occurs via email, but those still making traditional unsolicited sales calls are still a nuisance – the fact that you were one of their customers once, doesn’t make the practice any more acceptable.

It’s not just calls you have to be careful of but scam texts, too. These often look like texts from reputable companies and include things like requesting personal details, problems with payments and asking you to pay extra for things like postage on parcels you may have sent. Worryingly, some have cropped up pretending to be important details about Covid-19. As a rule of thumb, unless you are expecting a text from a company it is best not to click on any links. .

How do scam calls work?

Some scammers will attempt to take money from you by leaving you a missed call. If you call the number back, you’ll be charged a hefty calling fee. These calls often come from numbers beginning with 070 or 060, or non-geographic numbers like 084, 087, 091 and 118. If you have a missed call from one of these numbers, be aware that calling back could cost quite a bit. The good news is that while an 070 number is legitimate, Ofcom has recognised that many scams do come from 070 numbers and you will now not be overcharged when ringing these back. This came into effect in 2019.

Scammers and telemarketers alike may already have some of your details, like your name and email address, which they will use to gain your trust. Always remember that just because a caller knows your name does not mean they know you, and you should never exchange bank account or credit card details over the phone..

You can report scam callers by contacting Action Fraud. This is the reporting centre for fraud and cyber-crime in England, Wales and Northern Ireland. If you are in Scotland, then Ofcom recommends contacting Advice Direct Scotland or, if you feel under threat, the police. You can reduce telemarketing calls by registering with the Telephone Preference Service (TPS). Offenders who continue to call you can be reported to the same service. Other examples of nuisance calls include silent calls, abandoned calls and abusive or threatening calls.

What is a nuisance text and how do I report one?

As mentioned, spammy text messages are just as prevalent as nuisance calls. Marketing messages from a company where you hold an account aren’t usually considered as spam. For example, if you’re receiving texts from your mobile network or broadband provider about offers and deals, this wouldn’t necessarily be considered a nuisance. And you should be able to easily unsubscribe from these messages through your online account.

Nuisance texts are unsolicited and don’t tend to come from reputable companies. These are similar to scam calls, where you may be told you’re owed money in PPI claims or that you’ve won a random cash prize. Either way, they’re designed to trick you into giving up private information. If you’ve received what you believe is a spam message, you can report it to 7726.

How to block nuisance calls on mobile using your phone settings

Modern smartphones include a ‘nuisance call blocker’ feature that enables you to block particular numbers. Many phones also scan unknown numbers and advise you if an incoming call is suspected spam. With more recent phones you can also block all calls from unknown numbers. These features can be found in the settings of the contacts menu.

How to block numbers on an iPhone

If you have an iPhone running iOS 7 or higher, you can block specific numbers. If you’ve recently received a nuisance call, you can go to your call history, select the number by pressing the i symbol next to it, then choose Block this Caller. If you use Do Not Disturb mode, you can also create a list of contacts who can still reach you while that mode is enabled.

If you go to Settings on your iPhone, then tap Phone, and then select Call Blocking & Identification, you’ll be able to see and edit your blocked numbers. From here, you can also select more numbers to block from your contacts list. In the Phone section of Settings on your iPhone, you’ll also find a Silence Unknown Callers feature which will suppress call or message notifications from any number that isn’t listed in your contacts and you haven’t communicated with previously. These callers will be automatically redirected to your voicemail.

How to block numbers on an Android phone

The process is more or less the same on Android: go to your call history, select the number you want to block and tap More or access the Settings by clicking on the three dots at the top of the screen. You’ll then see the option to add the nuisance number to your list of blocked numbers, which can be edited at any time from the Settings screen.

Of course, these methods will only be useful if you already know the number or numbers you’d like to block and you have a more recent iPhone or Android phone. If you need a more powerful solution, there are plenty of third-party apps that can help.

How to use apps to block nuisance calls on mobile

You can find a range of apps designed to help prevent unwanted calls and texts on your mobile. These apps offer a little extra control over which numbers you can block compared to the basic settings available through the phone itself. It is worth noting that using any of these apps may mean uploading a certain amount of data about your contacts to the service so it is worth reading the terms and conditions before using any of the apps below.

Mr. Number calls itself the “most powerful call blocker on the market”. With Mr. Number, in addition to choosing specific numbers to block, you can also block numbers based on certain conditions or categories. Among other options, you can choose to block numbers that start with certain digits or that come from certain postcodes. You can also opt to block any unknown number. It is made by the same company who makes Hiya (see below).

Hiya has an enormous database of nuisance numbers, with over 400 million new numbers added each month. The app can match any incoming calls or texts to numbers in this database and notify you if it believes the number is malicious. These numbers won’t be blocked outright, but if they call, you’ll see information about who exactly is calling, allowing you to decide whether or not to answer. The app will also scan incoming text messages for viruses and malware. There is also an option for you to add your own information about particular calls you have received.

Truecaller is similar to Hiya in that it relies on an ever-growing database of suspected spam numbers. This database is built up from its community of over 250 million users, so it should have information on just about any number that may call or text you. Truecaller’s database includes more than just spam callers – the app will also tell you who is calling and whether they’re scammers or telemarketers. Its database is searchable, too, so you can use the app to identify unknown numbers calling your landline.

While other apps may help you avoid accepting nuisance calls, in many cases these callers are still able to leave you voicemails. YouMail Visual Voicemail is different. It prevents blocked numbers leaving you a message and notifies callers that your number is no longer in service, meaning you’re removed from their lists. It’s a complete and permanent solution. YouMail has around 10 million users.

In addition to warning you about potential spam callers, Sync.ME also adds a name and picture to anyone who calls you from your contact list. The image and details are derived from social media, so any contact is instantly identifiable.

How do I block a number on a messaging app?

The aforementioned apps and built-in smartphone features should do the trick when it comes to people calling or texting your phone directly, but they won’t block communication from individuals on messaging apps like WhatsApp or Facebook Messenger. For this, you’ll need to manually block the individual via the app itself.