From the latest iPhone to the cutting-edge technology of Samsung, there’s endless choice when it comes to finding a new phone. One thing you may not think to look at is phone connectivity and if your new handset is compatible with 2G, 3G, 4G, 5G or all the above. Let’s take a look at 4G and what you can expect from this technology and 4G enabled phones.
Share this guide 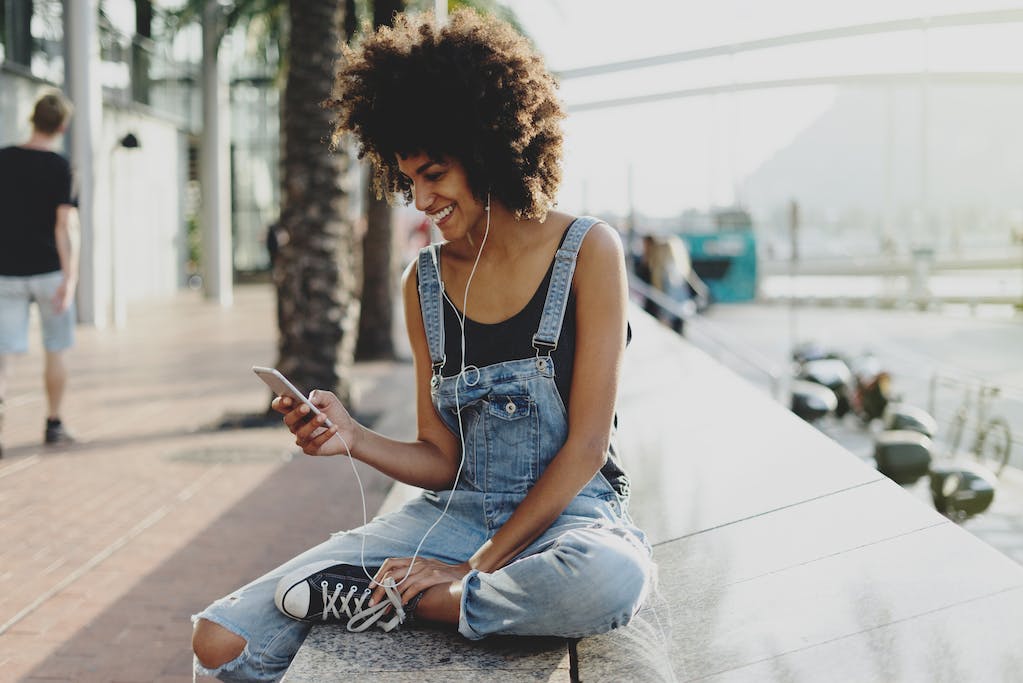 What does 4G mean?

4G is a type of mobile network coverage. 4G itself stands for ‘fourth generation’. So far as UK-wide coverage is concerned, 4G is the fastest. 5G trumps 4G in many ways, including speed, but it is not yet widely available and 5G phones aren’t all that common just yet.

4G follows on from 3G, itself a progression of 2G mobile phone technology. All three are still widely in use, so even if your phone works best with 4G, it’ll still work within a 2G or 3G area.

As mentioned all of these ‘G’s are types of mobile network coverage technology. The most basic 2G permits phones to send and receive calls and texts, 3G permitted internet access and browsing on mobile and 4G improves on this to give better, more reliable internet connection to mobiles and other SIM card devices.

What is the difference between 3G and 4G?

Everything you can do on 3G you can on 4G, but faster. Generally speaking, you can expect 4G to perform five times faster than 3G.

You can think of these internet speeds in much the same way you would your home broadband. 3G and 4G compare much like you would compare ADSL and fibre optic. Is there anything you can do on 4G you can’t do on 3G? Probably not. But 3G is just a lot slower than 4G. So, anything you want to do on your phone, you’ll be able to do it a whole lot quicker and more efficiently with 4G. That means less time buffering, which means your phone will be able to use your data allowance more efficiently.

How does 4G work?

4G is delivered via a frequency that your phone must be able to pick up on. That’s why phones that aren’t specifically designed to do so won’t be able to pick up on 4G coverage no matter where you’re located. You may notice that after you switch providers that your 4G compatibility fails, and that may be because the two networks are using different frequencies and your phone can only pick up on one. This is especially true if you purchased the handset from a network provider.

If you want to be completely sure that your next new network will work with your current 4G phone then try looking for virtual networks that operate off the same main UK mobile network, of which there are four: EE, Three, Vodafone and O2.

Nowadays, all of the UK networks should offer 4G phones on the majority of deals. Even the cheapest mobiles available now are very likely to be compatible with 4G, so whether you’re specifically looking for a 4G phone or not, you’re most probably going to end up with one.

That said, 4G, and 3G, are intended for use with smartphones i.e. internet-enabled phones. That means that if you opt for an extremely basic phone that is designed only for calls you won’t get 4G compatibility. Most brands that do away with 4G are quite obvious, though, as their unique selling point lies elsewhere. Doro, for example, specialises in providing vulnerable customers with easy-to-use phones for basic communication. So 4G isn’t needed. Having said that, Doro does also offer a range of 4G devices.

How do I know which devices are 4G smartphones?

Smartphones will have 4G frequencies listed in their specs on their product page, or as you browse in-store. As mentioned, some networks use different 4G frequencies. Therefore, you might want to opt for a phone that supports multiple frequencies so you have more freedom to change mobile networks in the future.

Are 3G mobiles able to work as 4G phones?

There’s more to 4G than upload and download speeds though, there’s also call quality. VoLTE, also known as Voice Over LTE is a superior way of placing calls that allows for far better quality than standard 2G or 3G. The reason for this is that it allows for more data to be transmitted, so you essentially get an HD phone call.

4G also allows you to move between a 4G call and a Wi-Fi call, so if you move out of range of Wi-Fi, your call will use VoLTE without dropping your call.

If you rely on mobile broadband to power your home because you’re not in a well-enough connected area for standard fibre optic, then the difference between 3G and 4G is bound to be very noticeable. Mobile networks each offer their own range of mobile routers to create a Mi-Fi network for your wireless devices. Most of these routers are 4G enabled, such as the Huawei mobile Wi-Fi devices, stocked by the main networks.

As with mobile phones, if you do want to use 4G to connect your home, you’ll need to make sure you get network coverage.

Which UK mobile network is best for 4G?

According to recent surveys by RootScore, UK networks for 4G rank as follows:

Scores are based on the following key areas:

EE came top in both, and it also leads the way for 5G in the UK. So it’s a solid choice if you’re looking to always be ahead of the game when it comes to ever-improving phone technology. Still, the other networks are certainly not far behind both in 4G performance and in 5G development, with Vodafone being able to offer both at a wide range of international roaming destinations too.

What are the best 4G deals?

As almost all phones are 4G compatible now, and all the major networks offer 90%+ coverage for 4G around the UK, you don’t need to look specifically for 4G plans as they are offered as standard. This isn’t true for 5G where you will need both a 5G phone and a 5G plan and you can expect to pay a little more for both.

So, assuming that your plan will include 4G coverage, what should you look for in the best mobile phone deal?

This is a big one if you are working on a tight budget. Network prices are often very similar, though the option to be more flexible with your duration and upfront cost can hugely impact the price you pay. For example, with O2 and Tesco Mobile, you’re often able to pick precisely how many months (up to 36 months) you want your contract to be, and what you want the upfront cost to be, as well as your monthly data allowance.

Obviously, changing one of these settings impacts the others. So, a lower upfront cost causes higher monthly costs, but a longer duration lowers them once again. This isn’t to say that standard plans aren’t perfectly suitable, but this added flexibility can be extremely useful for some customers.

Pay monthly phone plans from almost all suppliers are adjusted for inflation every year. That means you’ll likely end up paying 2-3% more than the plan you originally started on. If your plan is two years long, you’ll experience two price increases, three if your plan lasts 36 months. So far, only Tesco Mobile has come out to say that it will not be introducing price increases, but as the practise becomes more common, that may change.

Most networks offer a good range of data allowances, including unlimited, but you may want to pay attention to things like data-free streaming. EE and Three, for example, both offer options to add this to your plan, so you can stream TV series and movies without eating up your data. This can be very cost-effective if you watch a lot of content on the go.

This is where you might want to pay a bit more attention to 4G coverage once again, as not all networks can guarantee you get it abroad. As mentioned above, Vodafone is already offering 5G in some overseas destinations, and they remain a leading choice when it comes to the number of destinations they cover for roaming. Most networks, even the smaller ones like SMARTY will cover you for roaming in the EU, so this only becomes a real concern if you’re frequently travelling more further afield.

Networks offer all sorts of fun benefits to their customers in the form of customer perks, from O2’s priority concert tickets to Vodafone’s VeryMe Rewards. The prospect of a free coffee shouldn’t be a major factor in your decision making, but if you frequently go to concerts then it might seriously pay off in the long run to opt for O2 which offers perks like a free drink and fast track access to O2 customers at its entertainment venues.

As we said, 4G is an improvement on 3G so it’s not an absolute necessity to use your phone for calls, texts or streaming. That said, now 5G is a reality, you’ll soon start to become aware of how dated and laggy 3G can seem in comparison to the new standard 4G has set.

If you want your phone to perform at its absolute best, then spare a few moments during your mobile phone price comparison search to make sure your chosen device is also 4G compatible. It could be the difference between truly enjoying your phone and making the most of your data plan, and spending too much time being frustrated at loading screens.