In a world where we are confined to our homes, it seems inevitable that most human interaction is done on a screen via an app, but has the UK finally fallen out of love with social media? 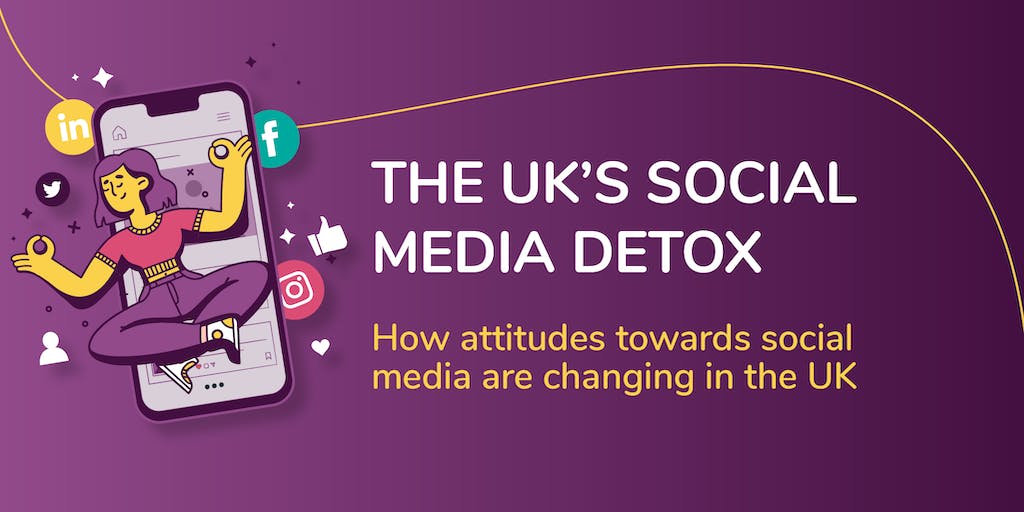 After a year of TikTok challenges, memes and empty social interactions, our latest research has revealed that over half (58%) of UK users are undergoing a social media detox.

Compare mobile deals to find the best handset for after your digital detox is complete. 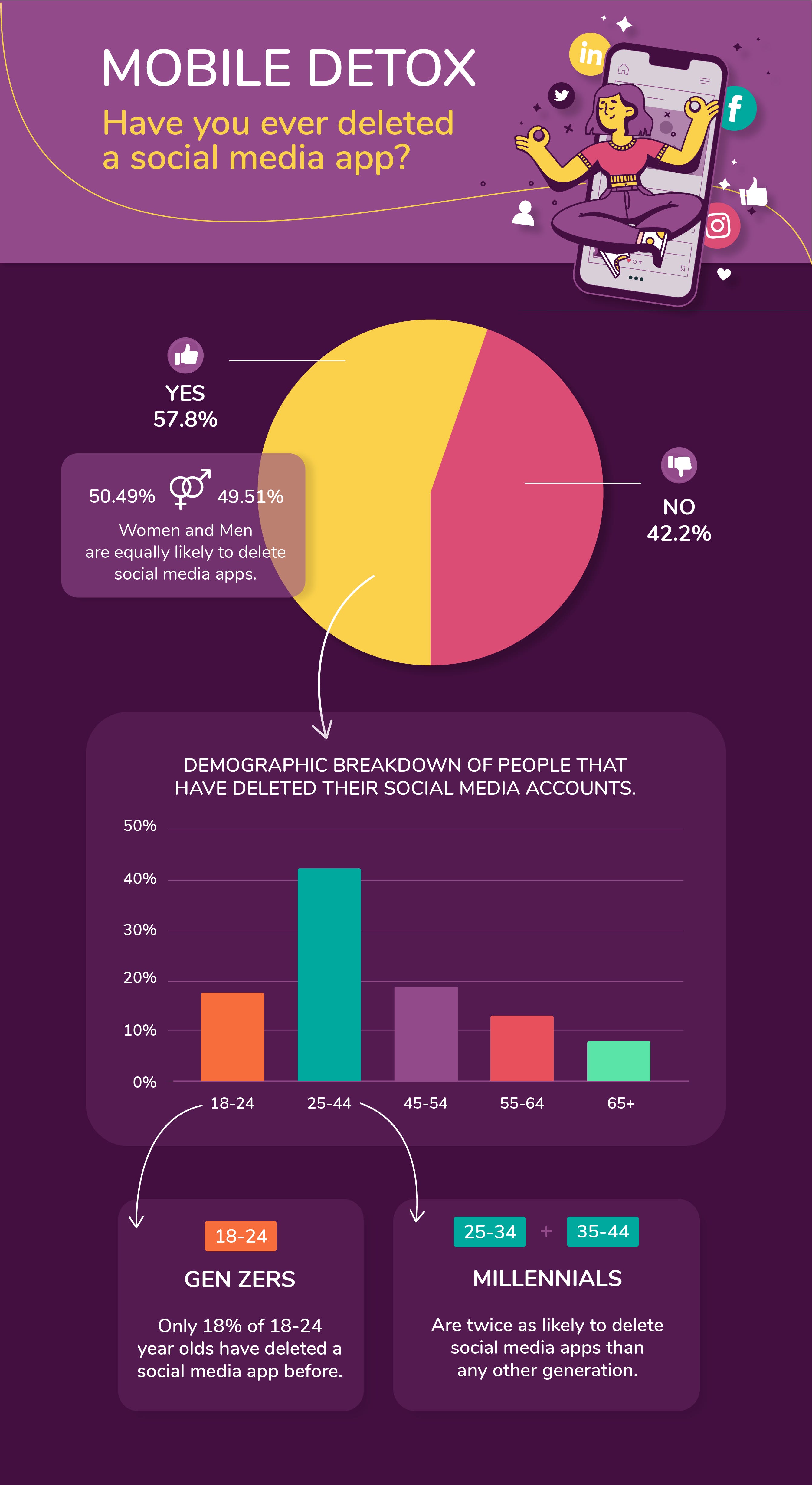 Millennials (25-44) are most likely to take a break from social media with 43% admitting to deleting a social media app in the past. Baby boomers follow in second place (21%), followed by Gen X (19%), leaving the youngest generation of Gen Zers as the least likely (18%) to give up social media.

With lockdown giving us more free time, it seems that social media users across the UK  have been re-assessing their long-term relationship with the apps.40% of the 5,000 people we surveyed revealing that the apps they have deleted were gone for good. 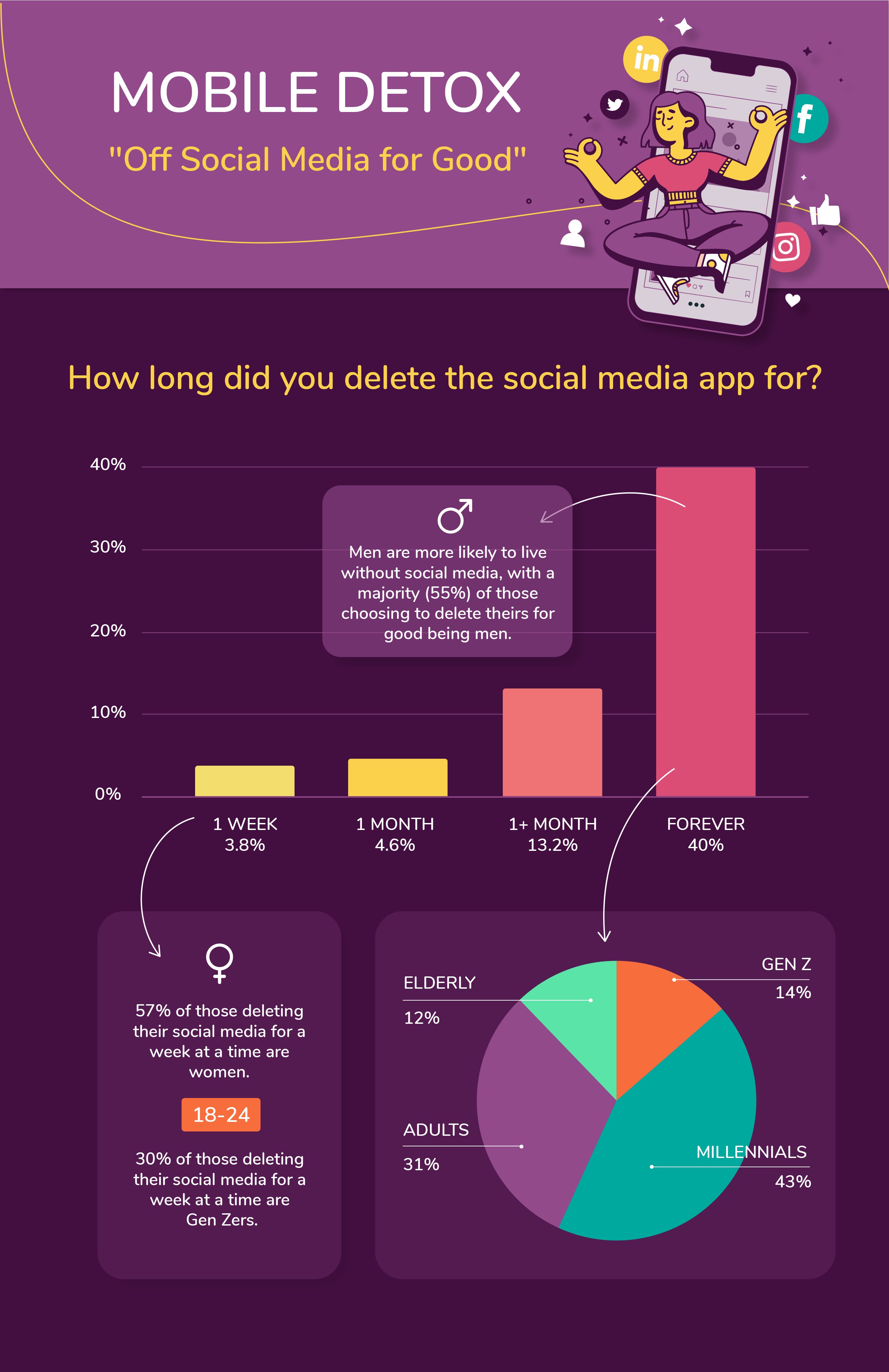 When comparing the sexes, women take a less extreme approach. 55% of those taking an indefinite hiatus are men, whereas a majority 57% of women said they were taking shorter, week-long breaks from social media.

Asking users to share details from their screen reports, millennials were shown to be the group most dependent on social media, with 42% reporting that social media is their most-used category, beating Gen Z by just 1%.

App categories change drastically between genders, with 60% of women reporting that social media is their top app category compared to only 30% of men. 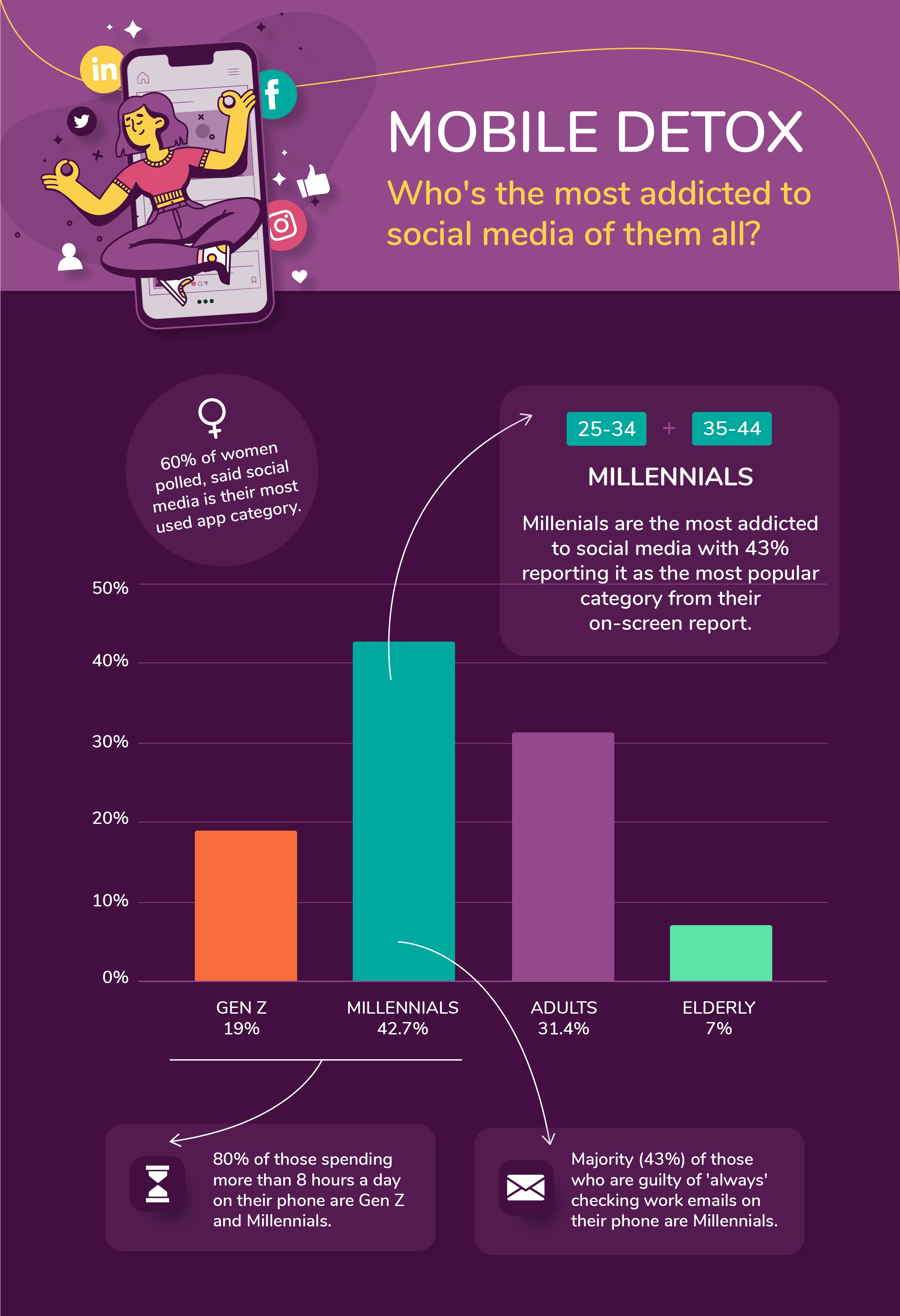 Delving further into users’ screen reports, 80% of those spending more than 8 hours a day on their phone are under the age of 44.

Overall, Facebook continues to dominate our screens with 41% of respondents still using the app. 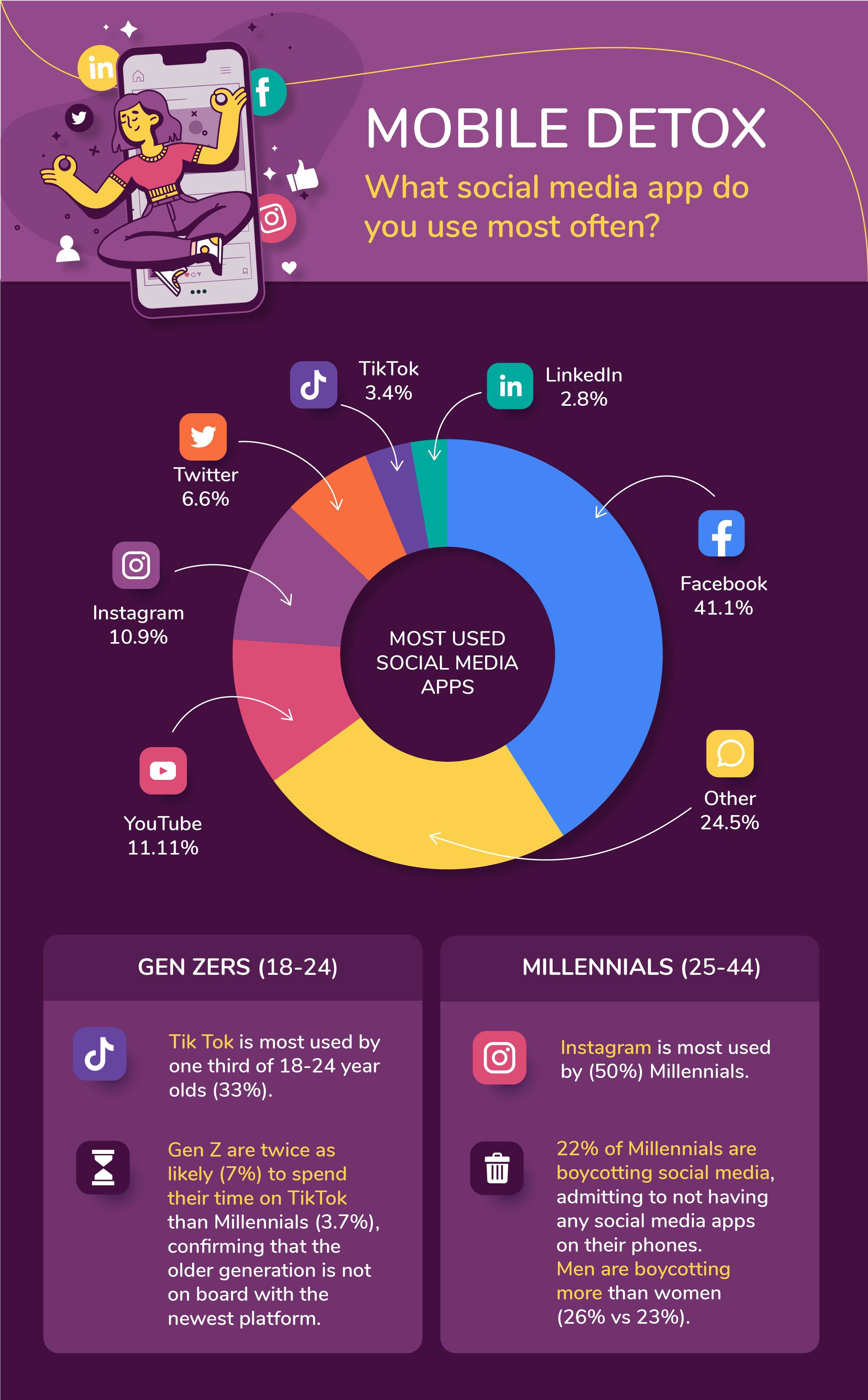 Mobile phones don't need to be expensive. Compare the best deals for you.

The data used in this study was collected via the Google Survey platform and conducted from 13 - 16 Jan 2021. We analysed UK audiences’ social media habits, posing questions to users that cover time off from social media, length of hiatus and mobile phone screen reports.

Data points were then averaged and grouped by sex and age group.