Environmental concerns have never been so important as more of us wake up to the reality that we need to live greener if we are to protect our planet. But when it comes to choosing a pet how many of us consider the impact our choice will have on the Earth?

It’s estimated that 44% of UK households have pets with more than 51 million pets in Britain. Collectively they have a huge impact on the environment, so it makes sense to look more closely at the impact each type of pet has.

The most popular pet in the UK today is the cat with an estimated 26% of adults owning one. That means the cat population of Britain is just under 11 million. Dogs are also incredibly popular. Before the Covid pandemic, it was estimated that 24% of UK adults owned a pet dog – making the canine population of Britain just over 10 million according to the PDSA (People’s Dispensary for Sick Animals). But it is believed that number could’ve grown by as much as 10% during the lockdown. If so, dogs now rival cats as our most popular pet with 11 million of each.

Yet ironically, the most popular pets could be some of the least eco-friendly. With increasing numbers of people making consumer choices based on environmental factors, especially young people, could the age of mass cat and dog ownership be coming to an end? We decided to look into the environmental impact of 20 popular pets to see exactly which were the most impactful to the planet.

If you are looking to minimise your impact on the planet by switching to a greener energy tariff, compare green energy deals with money.co.uk.

We analysed the following eight factors: 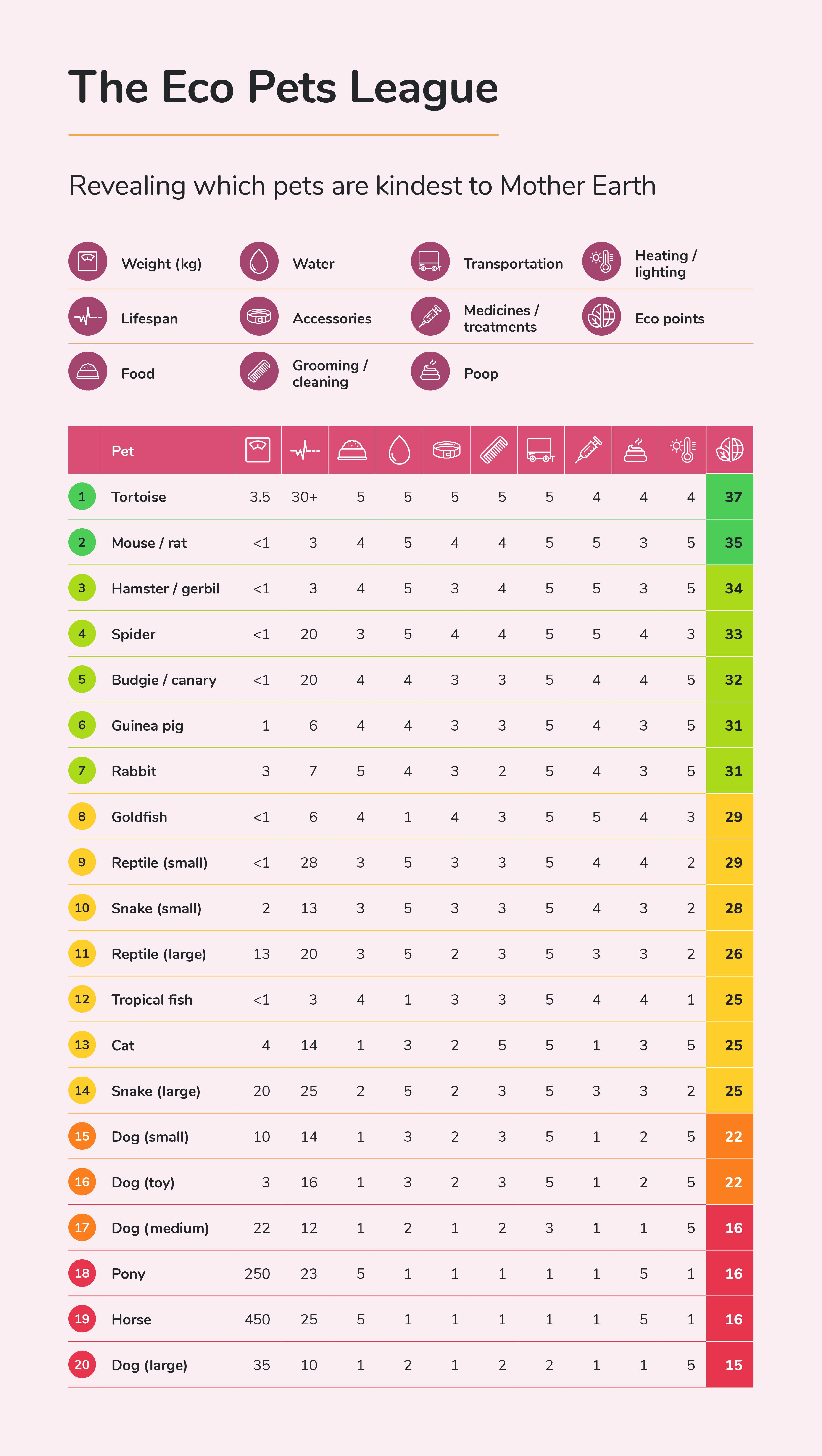 Which pets are kindest to the environment?

Pet owners which care about the planet should consider swapping their cats and dogs for a tortoise. The tortoise may be slow and steady but this is one race where they are definitely ahead of the pack. Tortoises scored 37 eco points, more than any other pet on our list and well ahead of our most popular pets.The reasons why the tortoise scored so highly include their simple vegetarian diet, and the fact their slow metabolism means they have low water or exercise needs. Tortoises are relatively easy to care for and don’t require a huge amount of plastic accessories or paraphernalia, making the long-living pet a great choice for an environmentalist. 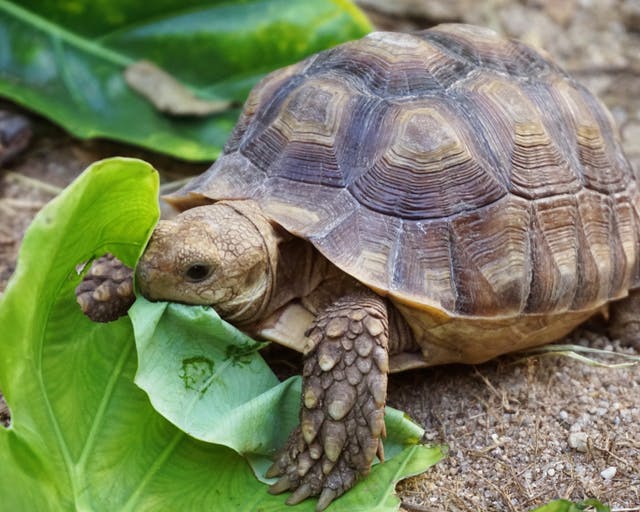 Small mammals such as mice, rats, hamsters and gerbils, are also a good choice for someone seeking a pet with minimal impact on the environment. They come close to the top of our league table with 35 and 34 eco points. These creatures can be fed a simple vegetarian diet and have modest water and cleaning needs. They won’t have any particular additional energy requirements and will be happy at normal room temperatures although they do require some accessories in the form of a special home and things like an exercise wheel. Their small size and short lifespan mean they have a lower environmental impact than many more popular pets.

An exotic spider might not be everyone’s idea of a pet, but species such as tarantulas have a small but dedicated following then it comes to pet choices. They don’t require a huge amount of food or cleaning but their insect diet and likely heating needs mean they score only 33 points – behind our league leaders.

Guinea pigs and rabbits have a similar profile to the smaller mammals but their larger size means they require more food and water and create more waste. They score 31 eco points in our study – slightly less than an exotic spider or a budgie. 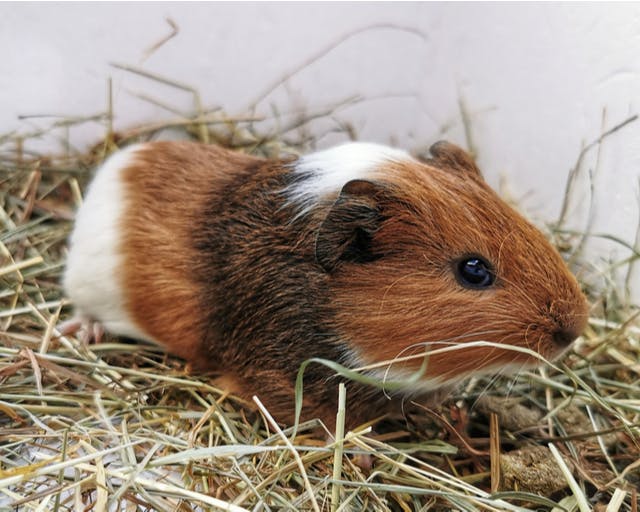 Reptiles and snakes have become increasingly popular choices with pet lovers who are looking for something a little different. These animals need quite a lot of care if they are to thrive and a heat source such as a specialist lamp means they only make mid-table on our eco pets league. They can mostly be fed insects although large snakes may prefer to eat small rodents and chicks.

Keeping fish may appear to be a minimally impactful pet choice but the amount of water used, processed nature of food, regular cleaning required and energy used to fuel filters, pumps and heaters, means tropical fish only manage 25 points and 12th spot in our eco league, with goldfish faring slightly better, on 29 points and 9th spot, as they don’t require heated water. 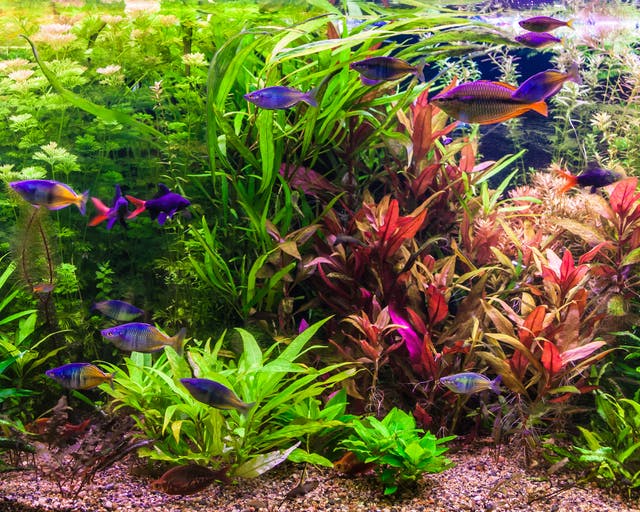 Britain’s most popular pet, the cat, placed 13th in our eco league with 25 points. The cat lost points for its processed meat diet and large accessory market. It also failed to score highly when it came to medical treatments and waste production.

Dogs and horses were found to be the least eco-friendly animals to own although for quite different reasons. Dogs scored badly on diet with their processed meat intake giving them the lowest possible score. Ponies and horses on the other hand enjoy a much less processed diet of grass and grains meaning they scored the maximum five points in this category. But the higher water consumption of horses, both for drinking and cleaning, meant they scored fewer eco points than dogs in this category.

Both animals scored a minimum of one point in the accessory category with low points also being awarded to both across the grooming, transportation and treatments categories. When it came to heating and lighting the horses missed out, scoring just a point as stables are often heated in winter whereas dogs usually stay warm inside their owner’s home. The horse and pony had the last laugh when it came to waste production though, as their waste can be turned into manure and therefore make a positive impact on the environment.

When it came to deciding which animal deserved to be bottom of the league it really couldn’t have been closer. Only by separating the dogs into four categories, toy, small, medium and large, and the horse into two for pony and horse, was it possible to definitively rank them on their environmental impact.

The large dog was found to be the least eco-friendly pet of all with a meagre score of only 15 eco points – less than half the total managed by the pets in their first seven places of our league. The big dog did so badly because of their love of processed red meat, large accessory market, high grooming and cleaning costs, and the likelihood of pharmaceutical treatments. Not to mention all the plastic bags needed to pick up its poop. Our researchers also only awarded the large dog two eco points in the transport category, noting that a large dog will very often have an impact on the vehicle choice of its owner, making it necessary for them to drive a larger car with more emissions, even when the dog is not with them. 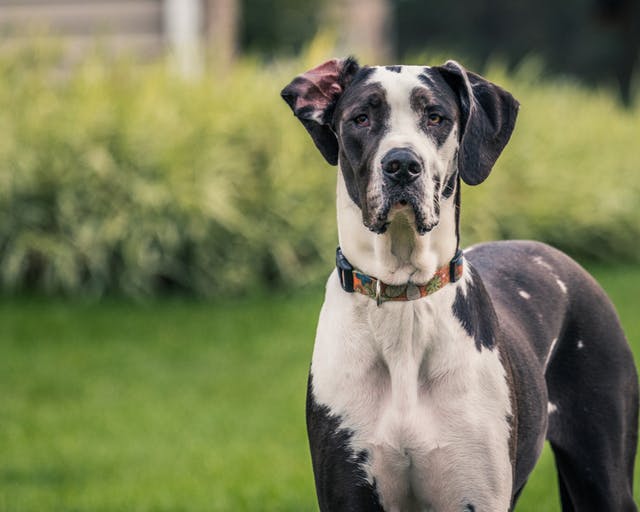 Ben Gallizzi, energy expert at money.co.uk, commented: “Britain is a nation of pet lovers but if we are to tackle the Earth’s climate crisis we may need to rethink our relationships with animals.

“Cats and dogs are hugely popular but their red meat diet, along with several other factors, means they have a huge impact on the environment, particularly as there are more than 20 million of them in the UK.

“This research shows that there are more eco friendly pet choices for those who want to minimise their impact on the environment.

“While a tortoise may not be quite as cuddly as a Labrador its veggie diet and slow metabolism means it is far kinder to the planet."

Find out how much you can save on your energy by comparing current deals and switching here.