A day in the life of a breakdown recovery driver 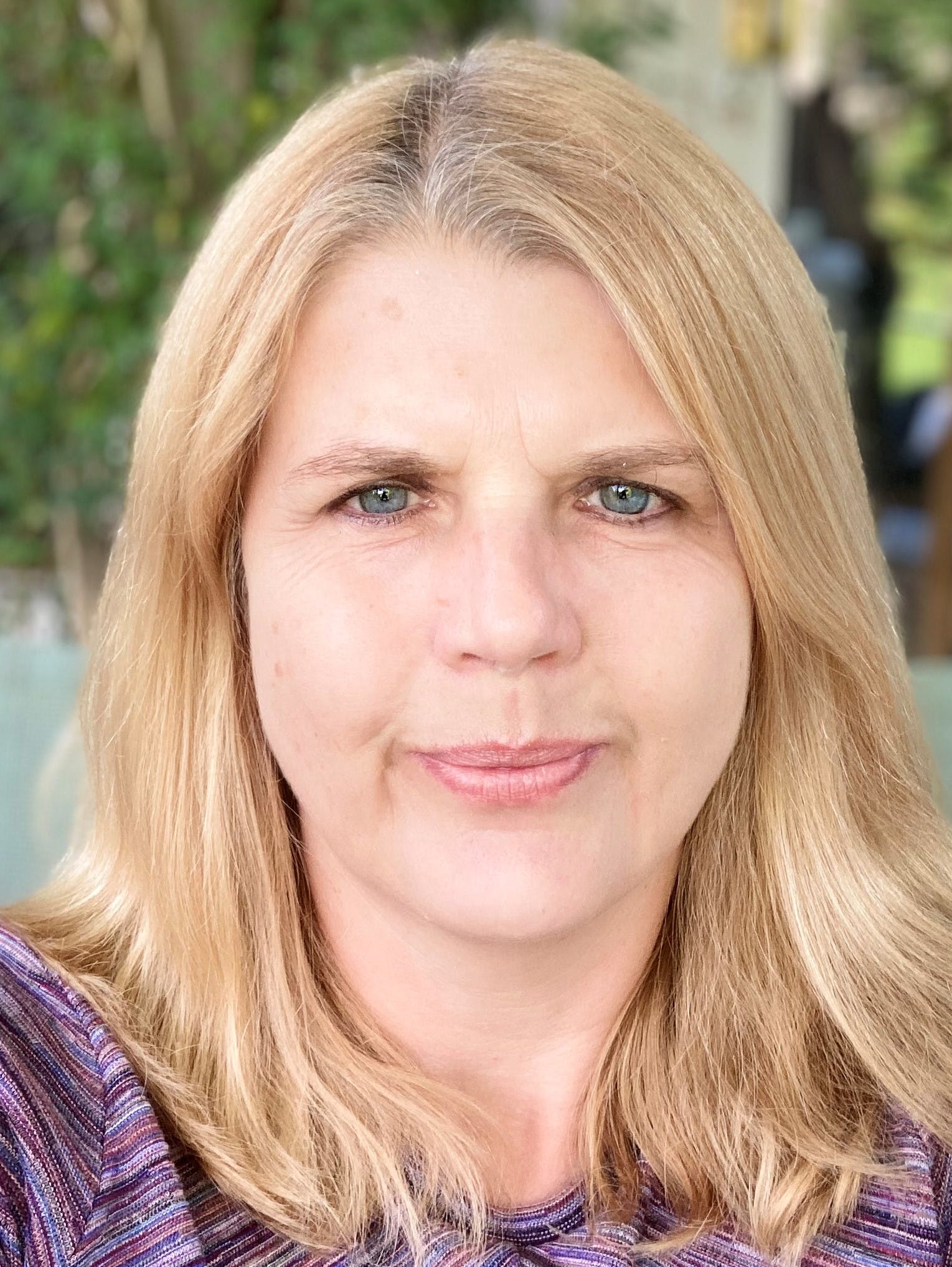 There is no such thing as a typical shift for a breakdown recovery driver. 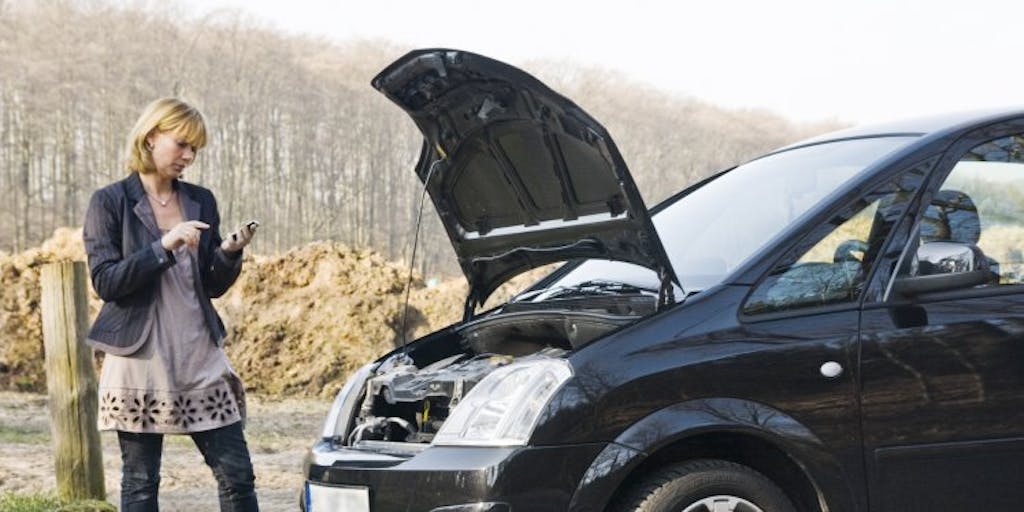 They are out in all weathers, at all times of day and night, meeting people who obviously are not having the best day of their lives.

Added to that are the unexpected places vehicles can end up and the sometimes strange reasons that have caused them to break down.

It is fair to say that no two days are exactly the same.

Common reasons for a breakdown van to be called out

The most common reasons for a breakdown recovery van to be called to the rescue are that something is flat - either a battery or a tyre.

Spare wheels rarely come as standard on new cars these days, so even if someone wanted to sort out a puncture themselves, chances are they will not be able to do it.

And batteries find a number of ways to go flat including cold weather, cars being used only for short journeys and the old favourite, forgetting to turn the lights off.

In fact, during the first nationwide lockdown in 2020 as cars were idle for longer Green Flag recorded a 65% increase in call outs to flat batteries.

Ben Sheridan, the AA Patrol of the Year, said his most used equipment is “definitely the battery charger and the wheel-changing equipment, for example the nut gun, jack and torque wrench”.

So what tools do the recovery vans carry these days?

Sheridan said: “We carry all sorts of equipment, from the latest diagnostic tools from Bosch and industry-leading battery test equipment to the humble screwdriver.

“Having up-to-date diagnostic equipment means we can plug into the vehicle and communicate with the different computer programmes or ECUs,” he added.

Breakdown recovery vans carry universal spare wheels to resolve punctures to do the job until a proper replacement tyre can be sorted out.

And if a vehicle can’t be fixed at the roadside, innovations such as freewheeling spare wheels mean that more types of vehicle, including electric cars, can be now towed.

When are there the most breakdowns?

Green Flag says that its busy periods will vary depending on season, weather and road usage. Typical increases in call outs occur:

In normal years, the busiest day of all is generally the first working day after New Year’s Eve - when people get into their cars to return to work after longer periods off only to discover their battery is flat. The RAC predicted 12,000 call outs on Monday, January 6, last year.

Which vehicles break down the most?

Although some cars do have a bit of a reputation for being a bit unreliable, breakdown companies tend to be diplomatic and not name names.

They say that sometimes breaking down is simply bad luck with a puncture, while generally it is down to lack of regular maintenance.

And obviously, the more popular a car, the more there are on the road liable to break down.

Green Flag does say that there is a notable increase in call outs to vehicles that are more than 10 years old.

But, depending on which breakdown recovery company’s figures you go by, as many as four in five cars can be got running again at the roadside—or wherever else the policy provides cover for—with either a permanent or temporary repair.

Of course, while it’s reassuring to have the breakdown company come to the rescue, not breaking down in the first place is far preferable.

The AA’s Sheridan says to use the word FLOWER to help you remember:

Most of the checks should be done weekly but fuel, not surprisingly should be checked before every journey.

Two other things that should also be checked but don’t help make a handy aide-memoire are windscreen wipers and brake fluid levels.

And when a car hasn’t been used regularly, or at all—something that has been much more common over the past year—other things to watch out for are:

Other reasons for breakdowns

Potholes are an increasing cause of breakdowns, with recovery vans being called out to things such as damaged shock absorbers, broken suspension springs and distorted wheels.

For the past 15 years the RAC has collected data on pothole-related damage to vehicles. Drivers are now 1.5 times more likely to suffer a pothole-related breakdown than in 2006, when the RAC first started collecting data.

And pothole-inflicted damage currently accounts for more than 1% of the RAC’s total call outs.

Another of the less common reasons for breakdowns is animals making themselves comfortable in a vehicle. Causes of some reported breakdowns include:

What should you do when you break down?

What you do when you break down will depend on where it happens. As a general guide, Sheridan says:

But the advice is different if you are in a dangerous location such as a live lane of a motorway with nowhere to pull off the road. In that case you should call 999 immediately.

Being a good mechanic is a given, but being a people person is equally as important.

“Breaking down is very stressful so empathy, understanding and keeping calm under pressure are key attributes,” Green Flag said.

So the company looks for “individuals with a passion for helping people and for fixing cars”.

And a job advert for the RAC says that its patrol workers should “exude authority and calmness at all times”.

But there are emotional rewards too, with the advert adding: “You also shouldn’t be surprised if customers want to take your photo and share this on social media once you’ve completed their repair.”

It’s obviously not a job for someone who likes to work 9-5 as cars break round the clock. Shifts vary from company to company and also depend on whether the business model is to have most things in-house or to rely on a network of local recovery companies.

Many factors will influence the number of rescues on a shift, including the time of day, the day of the week, weather conditions, the time of year and the geography of the area.

Green Flag says that one of its roadside technicians would average six to eight call outs in a shift while a recovery driver picking up stranded vehicles would typically have four to six jobs a shift.

Call outs are allocated based on customer need and location, taking into account factors such as vehicle type, number of passengers and any customer vulnerabilities.

As you can get breakdown cover for pretty much any vehicle on the road, breakdown drivers get called out to a wide range of vehicles, from classic cars to the latest high-tech racing machines.

But it’s a one-of-a-kind vehicle that Sheridan remembers best.

“The most memorable has to be attending a member who had built his own trike using parts from a Mini, with two wheels at the front and one at the back. It broke down on its maiden voyage,” he said.

In terms of strange places to recover vehicles from, Sheridan says that vehicles have ended up most places that you could imagine.

“I’ve experienced everything from vehicles getting stuck in boggy fields due to the driver following the satnav to one member who forgot to apply their handbrake before exiting the vehicle and it ended up in a neighbour’s back garden,” he said.

Many of the breakdown companies now use the what3words app so that drivers who break down somewhere unfamiliar can give their exact location to the contact centre when they call for assistance.

Water is also a common feature in some of the most memorable call outs.

Sheridan said: “The most memorable one has to be attending a member whose house was only accessible when the tide was out. I only had an hour to fix the vehicle and get back across the causeway before I was stuck for the night.”

Green Flag highlighted a vehicle it recovered from a sink hole in the north-east of Scotland, following flooding.

And in some places, it seems, drivers just don’t learn and stranded cars have become a recurring local spectacle and a regular feature on social media sites.

Putney is famous as the starting point of the university boat race. Not surprisingly, it has a collection of boathouses next to the river and a large concrete slipway to get the boats in and out of the Thames.

The slipway can seem a convenient place to park but the “Road liable to flooding” signs really ought to be heeded.

When Putney gets a very high tide, the slipway is quickly submerged and even cars parked legally on Putney Embankment in front of the boathouses can find themselves with the Thames lapping high up their wheels.

Worse, as the water rises, lighter vehicles parked on the slipway can slide down into the river and have even been known to float off into the Thames.

Martin Garside of the Port of London Authority (PLA) that looks after the Thames said Putney is notorious for this happening.

“Sometimes the vehicle doesn’t move and can be towed,” he said. “In more awkward cases, the car floats off.”

Cars that do float off will probably have to be craned out of the Thames by a PLA driftwood boat.

Meanwhile, its watery demise will have made it a social media star.

What are the breakdown cover options?

Breakdown cover is insurance against your car breaking down. If you do break down you have the reassurance of knowing that someone will be out quickly to look at your vehicle and that most likely they will be able to fix it and you will be on your way again soon.

You may find that you have breakdown cover already, possibly with your bank account or car insurance. If not, work out what is important to you and then compare breakdown cover providers to see who offers you the best deal.

Breakdown cover is not just for cars so if, say, you use a van for work, commercial breakdown cover may be what you need to get you back on the road. Even cyclists can take it out, either as a stand alone or as part of their policy on their main vehicle with some providers, letting them get to work or home from a longer weekend ride should something happen to their bike.

Of course, it is always better to have breakdown cover in place before you find yourself stranded by the roadside, but you can get a policy after you have broken down. It will likely cost extra and whether it is worth your while will depend on the circumstances.

And if you are able to take your car abroad you will need European breakdown cover. Since Brexit, your requirements may have changed so it is also worth checking that any existing cover is still what you need.