Founded in 2011, Hyperoptic is one of several relatively new entrants to the domestic broadband market. Hyperoptic styles itself as an internet service provider (ISP) that champions speed, like its rivals Gigaclear and Grain. It doesn’t offer standard broadband ADSL packages, and its connections are exclusively Fibre to the Premises (FTTP) across a dedicated cable network. Operating independently of the national Openreach cable network, Hyperoptic’s main claim to fame is its hyperfast connections. 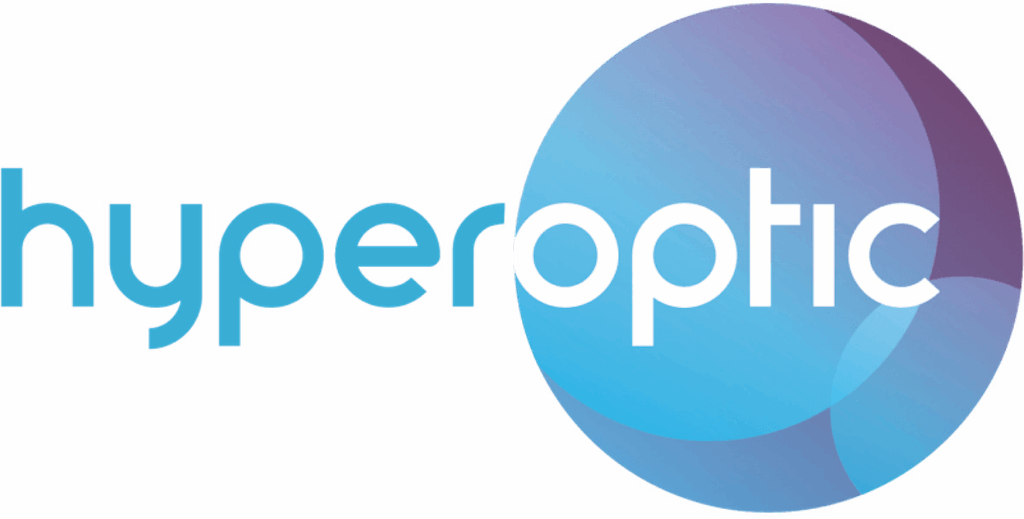 Should I get Hyperoptic Broadband?

If you’re able to get Hyperoptic broadband, it can be a great value for money option. That said, very few households currently require hyperspeed connectivity, and you may find yourself paying for data that isn’t needed. Average households could secure a more suitable package elsewhere – such as a TV, phone and broadband deal at a lower price.

Hyperoptic was started in 2011 by Boris Ivanovic and Dana Tobak, working alongside the developers of new residential buildings to provide the best possible broadband. Over the last decade, this ISP has won various awards while branching out from its home city of London to other major cities. These include Leeds, Liverpool, Manchester, Newcastle, Sheffield and Nottingham.

At present, Hyperoptic’s coverage is extremely limited. It’s mostly available across new-build developments and select residential areas in major cities, though this footprint has expanded steadily over the last decade. It may only be a matter of time before you’re able to sign up with them, and Hyperoptic’s postcode checker will confirm availability in your area.

What is gigabit broadband?

Gigabit broadband is currently the fastest type of broadband available in the UK. It’s frequently referred to as ‘next generation’ due to its lightning upload and download speeds but limited availability. Gigabit broadband is generally of most use to businesses, and although Hyperoptic offers it to residential properties, you’d need to be an extremely heavy user to justify these speeds. However, a gigabit connection is fully future-proofed for emerging technologies and the 8K broadcast standard, making it a sound long-term investment.

This ISP focuses on performance, and Hyperoptic broadband deals reflect this. The lack of an ADSL option will place it out of reach for some users, though its focus on new builds means the majority of older properties are unable to benefit from Hyperoptic connectivity. All packages are completely unlimited in terms of data transfers.

If you are lucky enough to be in one of its covered areas, current Hyperoptic broadband deals include:

Hyperoptic’s entry-level package still eclipses ADSL speeds of 11Mbps, while Fibre to the Cabinet connections tend to start at around 35Mbps. At 50Mbps, a small household can happily stream in HD, and uploads shouldn’t take long, either.

These speeds are great for houses with multiple devices, including games consoles. HD streaming and browsing will be well supported, and there shouldn’t be a limit on the number of web-enabled devices (like Rings and Hives) you can connect.

Few other ISPs are currently able to offer ultrafast speeds, though Virgin Media now cover 44 per cent of UK households and many of these connections are approaching ultrafast territory. These speeds can handle even relentless internet usage, making them great for larger families whose homes are packed with smart devices.

The speed that gives Hyperoptic its name, hyperfast connectivity is a rare option usually reserved for business broadband, and hard to find outside big cities. Hyperoptic describe this as ‘the ultimate experience’, capable of supporting anything you might require broadband for. Speeds of 900Mbps are only achievable through a wired connection, rather than across Wi-Fi.

Another advantage of Hyperoptic over the competition is its broadband packages are available either as one-year or monthly rolling contracts. The latter are slightly more expensive, but offer greater convenience if you plan on moving home within the next year, for instance.

You don’t need a landline to enjoy Hyperoptic broadband, but the option is there for keen callers. Hyperoptic will do its best to keep your current number, and the difference in monthly fees is negligible if this is a key addition to your service.

Hyperoptic offers student broadband, which is something fibre-exclusive providers rarely branch out into. They’ve teamed up with Studentbeans to offer discounted broadband for students, with options to secure either a 12-month or a rolling contract for their accommodation. Activation fees are also waived for students.

Hyperoptic doesn’t offer broadband and TV deals, but it does have a working relationship with Sky to combine services. The installation of Sky requires a dish, combining the latter’s exceptional broadcast content with Hyperoptic’s rapid connectivity. Sky Broadband has some great deals, but its fastest internet speed is ultrafast, not hyperfast, and it’s unlikely to catch up with Hyperoptic any time soon. This makes it a convenient partnership for customers.

Hyperoptic claims its router is worth £200, and it’s supplied free with any broadband package. At present, the router offers four Ethernet ports for devices requiring wired connections, plus two landline phone ports.

An engineer will have to install a Hyperoptic broadband socket in your home, but you’ll only need to pay an extra fee if it has to be placed further than 10 meters from the entrance. Otherwise, they’re usually free for new customers. Hyperoptic works closely with councils and developers, so its connections are often present from the construction stage of new homes. If you’re lucky, you may move into an apartment block where Hyperoptic is pre-installed and waiting for you.

Price is a common concern with these newer fibre-only providers, and it’s worth considering whether Hyperoptic broadband deals are worth it. Generally, Hyperoptic prices represent good value, with its lowest advertised price (for 50Mbps) comparable to the monthly fees of most major ADSL providers. The value of its packages may be offset somewhat by activation fees, which as of February 2021 are £29, but it may be worth the extra fee for the speeds you get.

Hyperoptic offers a price match guarantee to customers who find similar deals at a better price. Specifically, the price match guarantee is for any “Residential Full Fibre Broadband or Broadband and Phone Service” with the same specifications but a lower quoted monthly price. Potential customers or new customers within the first 30 days of their contracts can raise a claim for a refund of the price difference. The ISP whose price is being compared must also be able to connect to the same property at that price – you can’t quote generic advertising as being comparable, because this deal might not be available in your location.

Hyperoptic’s automatic compensation programme means if your activation is delayed, your service fails, or an engineer doesn’t show up on schedule, you’ll receive compensation. There are only six other ISPs currently signed up to Ofcom’s Automatic Compensation Scheme, so this may be a tempting benefit.

Offering some very impressive speeds, other benefits of Hyperoptic Broadband deals include: