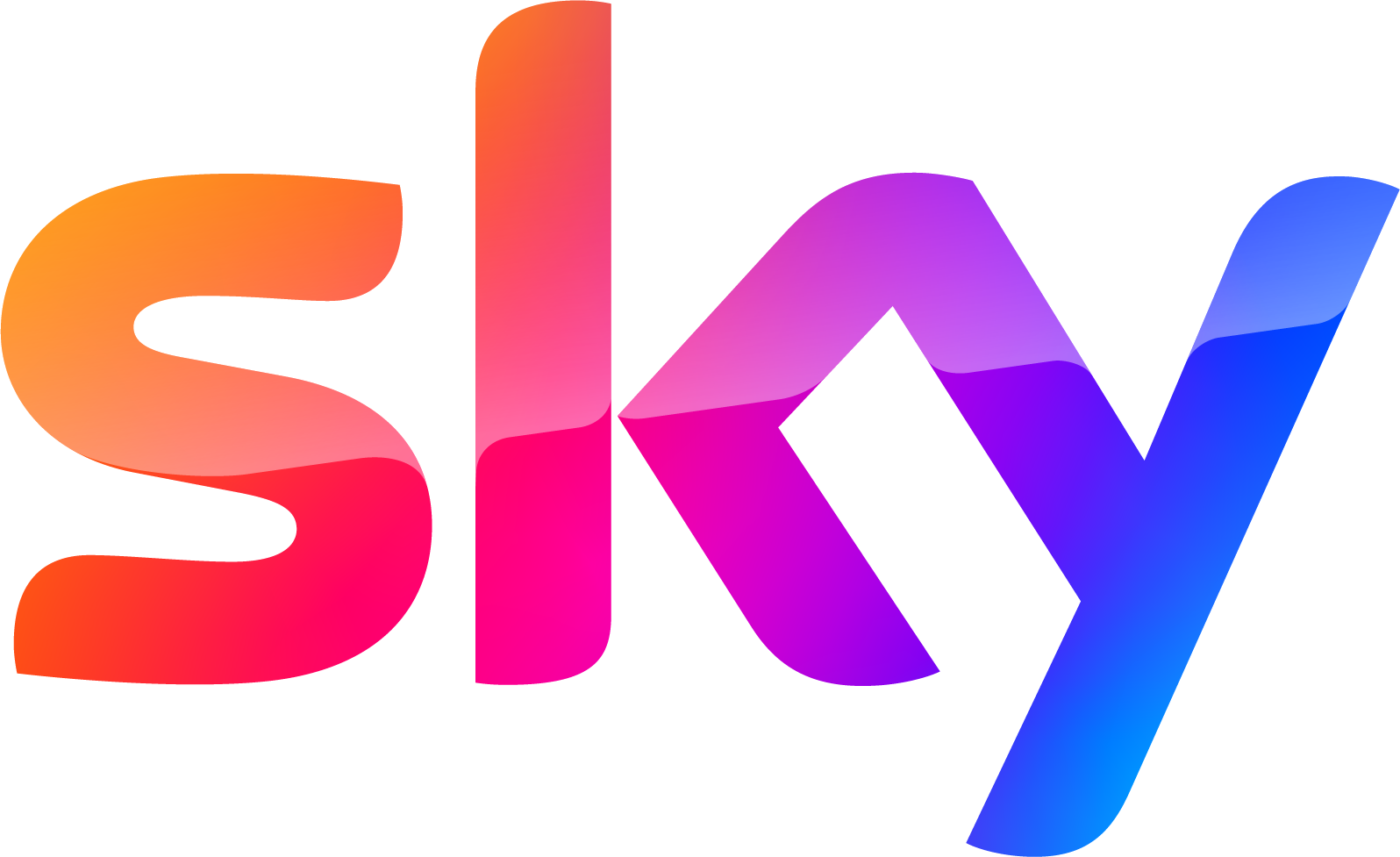 Sky TV, Superfast Broadband and Sky Pay As You Talk

Sky TV, Superfast Broadband and Sky Pay As You Talk

Although Sky is primarily known for its original TV content and live sports coverage, it’s also a leading supplier of broadband in the UK. With several internet deals combining its broadcasting know-how with high-speed internet and call packages, Sky represents a one-stop-shop for your home entertainment needs.

Marc Chacksfield is the Editor-In-Chief of Shortlist.com, and has contributed to a number of other tech-related sites, including Techradar and Tom's Guide UK. He's been using Sky's broadband for a number of years, and had this to say:

"I have the Sky Fibre Unlimited service at home and regularly get speeds up 35-40Mbps, which is above average for the service. It’s a very rare day when my broadband slows down, even when we have some 20 devices connected to it. The connection works well for my Sky Q setup - downloading 4K movies is quick - and has been robust, even with the switch to working from home. There’s nowhere in my house that the Wi-Fi signal doesn’t reach which is a big bonus, too."

Essential Sky Broadband offers average download speeds of 11Mbps and upload speeds of 1Mbps. This unlimited ADSL option can’t exploit the high-speed connectivity of Fibre to the Cabinet or Fibre to the Premises (FTTC/FTTP) broadband, but it’s suitable for casual users and smaller households. It includes Pay as You Talk calls, though a setup fee is involved.

Superfast Sky Broadband offers average download speeds of 59Mbps and upload speeds of 16Mbps. This superfast broadband option can support most household data and bandwidth requirements. It’s unlimited, includes Pay as You Talk calls, and also incurs a set-up fee. Like the Essential package, prices can vary from one customer to another.

Ultrafast Sky Broadband has average download speeds of 145Mbps and upload speeds of 27Mbps. Confusingly, Ultrafast is advertised on a separate part of the Sky website to the options listed above. It’s perfect for avid gamers, large families and houses in multiple occupation (HMOs), but it’s a relatively new service still being rolled out around the UK.

What are the best Sky broadband and TV deals?

As the nation’s top provider of pay TV services, and a respected producer of original content, the best Sky deals are arguably those which combine broadband with customisable TV packages. It’s possible to save 20% by subscribing to both together.

Sky TV packages include an array of options, from family-friendly kids channels to the latest hard-hitting dramas and live sport:

All Sky TV bundles come with this package, featuring some of the most popular satellite channels. Highlights include Sky One, Sky Atlantic and Sky Arts, alongside MTV, National Geographic and Sky Sports Mix.

An optional extra with multiple family-friendly channels such as Nickelodeon, Boomerang and Cartoon Network. It’s less impressive value now that all the Disney channels have been removed from the schedules, with their content rolled into the subscription-only Disney+ service.

A selection of satellite and terrestrial channels in HD, including Sky One HD, National Geographic HD and Dave HD.

In the 1990s, Sky built its reputation on its live sports coverage. Despite market incursions from BT Sport and Amazon Prime TV, this is still the best place to watch Premier League, EFL and SPFL football. There are also dedicated channels for other popular sports including golf, Formula 1 and cricket.

You can use the Sky Go app (formerly known as Sky Q) for online access to Sky channels away from your set top box. As another bonus, you can record 500 hours of TV onto the set top box’s hard drive. All Sky TV bundles require one of these Sky Q set-top boxes, which can be voice controlled. It doubles as a Wi-Fi hotspot to enhance connection throughout the home, though it does consume a considerable amount of internet bandwidth, even on standby.

Does Sky TV and broadband include fibre internet?

You don’t have to pick between Sky superfast broadband or a variety of TV bundles. It’s possible to enjoy both, though it’s worth using the firm’s postcode checker to see if Sky fibre broadband is available in your area.

What if I can’t get Sky superfast broadband in my area?

There are likely to be non-fibre Sky Broadband options available if Sky ultrafast broadband isn’t currently offered in your postcode, and they’ll include the same TV options. The Essential Sky Broadband package uses ADSL connections, though speeds are limited to 11Mbps download and 1Mbps upload. Sky ultrafast broadband relies on the presence of FTTC/FTTP connectivity at your home address.

Are there Sky Broadband only offers?

If its roster of exclusive TV content isn’t appealing, Sky broadband only offers allow you to benefit from speedy internet without entertainment bundles. The aforementioned Sky packages can all be purchased as standalone broadband deals, while Sky is among the vanguard of internet service providers (ISPs) offering broadband with no phone line. This is known as G.fast, harnessing the potential of new Openreach technology that launched in April 2020.

If you have no interest in TV but still require a landline, Sky broadband and phone deals allow you to receive multiple services from the same provider.

What Sky routers can I get?

If you aren’t opting for a TV plan, you’ll be sent a plug-and-play router from Sky. Ultrafast customers may need to organise an engineer visit first, and Sky doesn’t allow its customers to use third-party routers.

As well as the unbundled broadband-only services outlined above, three call packages can be added onto Sky Broadband packages which have a landline included:

You can also combine all three of the provider’s services in a Sky TV, phone and broadband package. This is known as triple-play, while adding Sky Mobile services elevates it to quad-play. This is useful for simplifying billing and achieving economies of scale, but having so many services from one firm can complicate the process of switching provider.

What is the Sky Wi-Fi Guarantee?

The Wi-Fi Guarantee means Sky gives you your money back if you’re unable to receive Wi-Fi in every room. This offer is only applicable to customers using the Sky Broadband Boost option, and is similar to promises made by BT.

Sky internet deals also benefit from the Sky Fibre Speed Guarantee. A refund will be issued if your connection speed falls below the minimum speed advertised within the first 30 days of receiving internet services.

Sky Broadband Boost allows you to block unsuitable sites, set a bedtime (at which point Wi-Fi connections to a specific device automatically stop) and even send rewards for responsible internet use. It’s Mumsnet-rated too, making it a useful extra for any parents looking to keep their kids safe online.

Can I cancel Sky Broadband if I don’t like it?

Sky offers an enhanced cooling off period of 31 days, giving new customers a month to cancel without penalty. Cancelling your broadband after this period and before your contract ends (usually after 12 or 18 months) will incur a fee based on the number of months remaining.

How to compare Sky Broadband offers

As with any broadband deal, searching for options based on your postcode helps to establish the right Sky deal for your household’s needs. Compare more than just price, since the cost of Sky Broadband may be higher than some other ISPs. However, Sky enjoys strong customer service with  a low level of complaints per 100,000 customers, while triple-play and quad-play contracts can be very cost-effective.

Are Sky deals for new customers worth it?

New customer deals and Sky broadband offers can eliminate set-up fees, which are normally around the £20 mark. Existing Sky customers can still receive Sky Broadband deals, as the Sky VIP loyalty programme rewards long-standing customers with bonuses such as special events and extra features. There are multiple tiers to the VIP scheme depending on how long you’ve held a constant Sky subscription, with different incentives for each category: