Setting up broadband in your new home

When moving house, it can be vitally important to maintain internet connectivity. With a little foresight and planning, internet installation in your new home can potentially be a smoother transition than other aspects of moving. Whether you’re changing your internet service provider (ISP) or transferring an existing plan along, here’s everything you need to know about setting up internet while moving house.
Share this guide 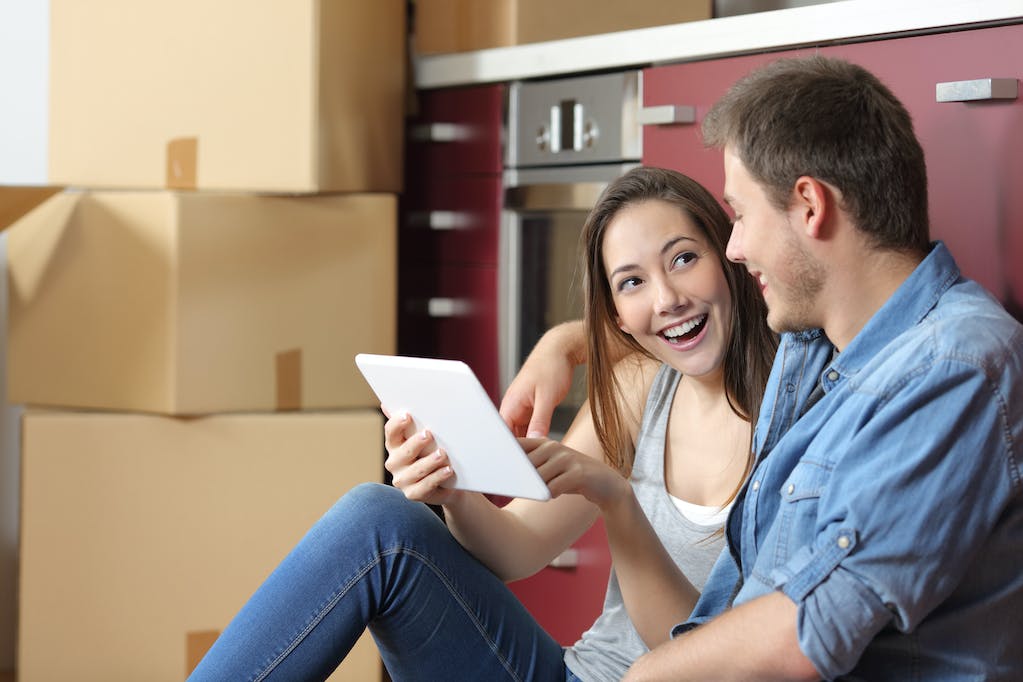 How do I set up internet in a new house?

Assuming you’re treating your new home like a blank canvas, the method of setting up a new broadband package is very similar to any other ISP switch.

To get started on finding a new ISP, use our handy broadband price comparison tool to find the cheapest broadband for your area, or the various packages offered by your preferred ISP. Always do independent research into broadband deals – they may sound great in adverts, but the final cost of your broadband package often depends on geographic location. In some cases, a provider that is advertising ultrafast broadband may not even serve your area.

Before signing up to a new provider, ensure your existing contract has been settled so you don’t end up paying for a service you aren’t using! Equally, cancelling a broadband contract early can incur significant fees, so it may be advisable to transfer an existing contract over to the new address.

Should I change ISP when I move house?

If you’re moving a significant distance away, the types of deals available also change, which may be reflected in the price. If you’re able to do this without penalty, it may pay off to change ISP.

How do I change internet provider in a new house?

To change ISP, it’s generally best to call the existing provider and inform them. Even if you intend to retain their custom, threatening to leave could secure a better deal. Inform them of the scheduled moving date and when the service should be cut off, so you don’t continue to pay beyond that date. Any outstanding fees (such as any excess use charges on data-limited broadband packages) must be settled first, alongside exit fees if you’re ending your contract early.

Can I keep the same phone number when I move house?

For local moves, your current ISP should be able to accommodate a request to move. However, if you’re moving further afield, there could be several reasons why this isn’t possible:

What if my broadband contract isn’t over when I move house?

You can take your broadband package with you, depending on your circumstances and your ISP. Below, we consider how some of the UK’s major providers facilitate this.

Sky offers a dedicated Home Move service, which simply requires your moving date and new address. It’ll be necessary to take indoor Sky products with you (the set-top box, remote controls, etc), though the satellite dish will have to stay behind.

My Sky — moving house made easy

The My Sky app offered to Sky customers makes it easy to arrange a Sky Home Move for free, as well as other extras. The one caveat is that you have to be a Sky VIP customer, but this is free and simple to do via My Sky.

Moving services is free, but extras like a new satellite dish or additional set-top boxes will be chargeable extras. If your new property needs some work to get a dish successfully set up, your installation bill could be higher than it was the first time around.

How long does Sky Broadband take to set up in my new address?

This depends what sort of package you’re currently subscribed to. For TV, broadband and phone deals, allow roughly two weeks. Sky Mobile customers only need to update their address before using the service as normal.

Moving home with BT is a straightforward affair and should be concluded within two weeks. The BT home move service lets you keep the same contract, online account and direct debit details.

BT equipment like TV boxes and internet hubs are the ISP’s property, and must be returned within 60 days of leaving a BT contract. If they’re not given back, extra charges will be incurred. If your new home doesn’t currently use a BT line, or needs a phone socket installing, this will also come at an extra cost. You may have to pay for the installation of a new roof aerial, if it’s needed to access a BT TV package.

How long does BT broadband take to activate?

When moving your BT broadband package to a new address, the transition period is two weeks. If you aren’t already with BT and want to set up a new connection, the lead time is similar. Bear in mind an engineer’s visit can take over two weeks to arrange at a convenient time.

Moving home with Virgin Media poses more issues than other ISPs because Virgin Media uses its own network of cables. Unlike ADSL or fibre optic broadband, which can support the majority of the country, only 44 per cent of UK homes are cabled up to Virgin’s proprietary infrastructure.

Firstly, check Virgin Media’s broadband coverage to see if its services are available in your new postcode. If you’re very lucky, your new address is both within its service area and has already been equipped with Virgin Media sockets – otherwise, an engineer’s visit will be needed to install new sockets.

Take Virgin Media equipment like set-top boxes and routers with you, and complete the relatively easy self-installation process. Virgin Media’s Ultrafast offerings might not be available in your new area, and line speeds might necessitate downgrading your current package. Cancellation may be preferable, though you’ll be liable for any cancellation fees even if your new area isn’t covered.

TalkTalk offers a moving home service that will switch to a new address in around two weeks. You can notify TalkTalk of your move as early as three months before the big day, providing new address details and a scheduled moving day. A £60 cost will be incurred but you can keep the same contract and the same telephone number if you’re not moving into a new area code. You can take existing equipment along, and setting it up should be easy.

Vodafone require at least 30 days prior notice of an upcoming move, and only the registered account holder can authorise this change by providing a new address and moving date.

It’s important to check if Vodafone services can be received at your new address. If not, you’ll need to cancel your broadband contract. If they are, take the current router with you, plug it into a phone socket and perform a factory reset.

How to get internet in a new build house

Depending on whether or not the developer has ensured phone lines are active and ready, it could take several months to get a brand-new home connected. Some ISPs may not recognise a new property’s address or postcode, and they might struggle to organise a new line installation without an existing connection to refer to.

You can pay for an ISP to install a line and not subsequently sign up to a package with them, but this could incur a fee. You may need to pay a fee even if you do subsequently join this ISP, though line setup fees could be waived as part of the deal.

What to do in the meantime

If you find yourself disconnected after moving day, mobile internet could be an option. Coming in the form of a pre-paid SIM, you can plug this into your laptop or use it via a wireless dongle, or even convert it to MiFi using a router. While this isn’t the most cost-effective choice long-term, it provides instant and portable internet access.