How to speed up your broadband

Despite the wealth of high-speed broadband connections advertised and marketed by internet service providers (ISPs), millions of UK households continue to struggle with sluggish upload and download speeds. Yet although there’s limited scope to upgrade the infrastructure outside your home, there are plenty of steps you can take in your home which could improve your connection. In this article, we’ll show you some ways you can improve your internet speed.
Share this guide 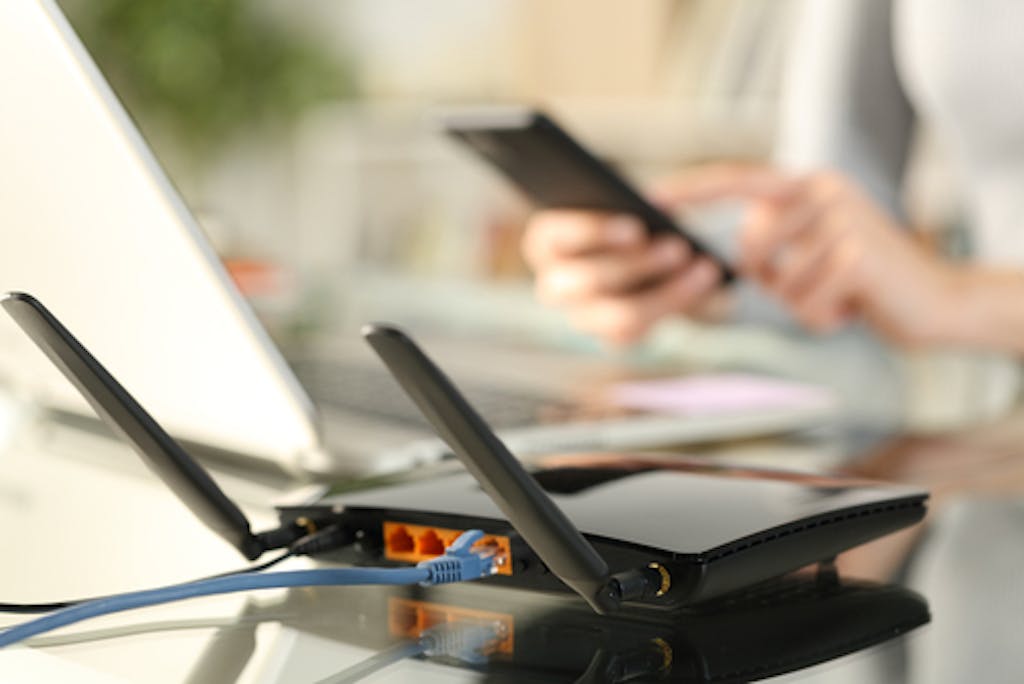 Check what line speeds you can achieve

Knowing how to speed up internet connectivity involves knowing what speeds your home can get. Run a broadband speed test, check your current broadband package or speak to your current ISP to find the maximum speed your connection allows.

Bear in mind connection speeds will be lower at peak times (usually between 7pm and 11pm on weekdays), so it’d be useful to carry out tests at different times of day to get a better idea of your broadband speed.

Connection speeds are measured in megabits per second (Mbps), which refers to how much data can be transmitted in a single second. Generally speaking, average broadband speeds fall into the following categories:

It’s important to note broadband advertisements legally have to refer to average speeds, but ISPs may occasionally reference maximum speeds. The highest data transfer speed you can achieve is usually far in excess of what you’ll experience in normal daily use.

If your connection is underpinned by a phone line (usually supplied by Openreach), working out how to improve internet speed should start by checking for FTTP broadband availability. This might be cabled along your street or into your building by companies like Virgin Media, Hyperoptic or Gigaclear.

These companies install their own underground full fibre cabling, rather than using the pavement-mounted telephone exchange boxes of ISPs reliant on Openreach’s ADSL copper phone cables or FTTC broadband services.

Another tip relating to how to make your internet faster involves joint action to boost slow connections across your neighbourhood. Community-based fibre partnerships can see neighbours sharing the cost of full fibre cable installation with Openreach, who will be responsible for installing it.

You may also wish to call your ISP and explain that your current connection is unsatisfactory, or incapable of supporting all of your household’s devices. They might be able to suggest changing your settings, send you a more modern router with faster throughput, identify faults on the line causing a slowdown in performance, or even make a faster connection available over existing infrastructure.

One example of this might be if you originally signed up to an ADSL contract, but subsequent network upgrades have seen FTTC connectivity being rolled out in your area.

If you ask your ISP how to make your internet faster, they’ll often start by examining your router. This is the gateway between the internet connection leading into your home and your internet-connected devices. Steps for optimising your router include:

The physical location of your router can have a material effect on home broadband speeds. Routers distribute signals in all directions, so placing it by the front door isn’t very effective in terms of reaching back bedrooms upstairs.

Try to choose a position centrally within the house. Avoid positioning the router beside glass or metal objects which might obscure its signal, never hide it in a cupboard, and ensure any cables are tightly plugged in to prevent partial drop-outs caused by loose connections.

How to increase internet speed by other methods

Another good tip to speed up internet connections involves hardwiring devices to your broadband router. This is done with an Ethernet cable, often referred to as Cat5 or Cat6 cabling. These efficient (if thick) cables can transmit data more quickly than Wi-Fi is capable of, with less interference and greater stability. A typical modern router will have four Ethernet ports, enabling it to power a computer, smart TV, games console and TV set top box simultaneously.

If your router is located some distance away from specific devices, you can use your home’s electrical circuits to create a physical bridge. This involves plugging lamp timer-shaped adaptors into two plug sockets – one with an Ethernet cable connecting to the router, and the other connecting into whichever device you wish to hardwire. Although speeds will be lower than they would for a direct Ethernet link, they’ll still exceed the capabilities of Wi-Fi and be far more stable.

One common reason for internet connections suddenly and dramatically slowing down involves a third party commandeering your bandwidth. At any one time, millions of computers and web-enabled devices can be ensnared in botnets – networks of enslaved devices used to perform someone else’s bidding remotely. More locally, an insecure wireless network could be ‘borrowed’ by neighbours if they can discover or guess your Wi-Fi password.

Improving your network security goes a long way in helping to speed up home broadband. Install antivirus software on desktop computers and avoid opening unsolicited emails or clicking on suspicious hyperlinks on any device. Only install apps if they’re from official app stores, and avoid rooting or jailbreaking mobile devices.

Ensure routers are fully updated, as outlined above, and don’t give anyone access to your internet connection unless you completely trust them – for instance, an IT company you’ve contacted for help. Be very suspicious of any unsolicited email or phone call claiming there’s a problem with your network, account, hardware or software.

Issues with broadband speed can often be due to the limitations of specific devices. For instance, a high-speed connection will still run slowly on a PC clogged up with temporary internet files and unnecessary software.

There are many ways to speed up a PC or Mac, from defragmenting the hard drive and transferring old files to external storage (or the cloud), through to updating operating systems and replacing cables with more efficient modern versions. For instance, a Cat6 Ethernet cable can transfer data 100 times faster than the Cat5E cabling many of us still depend on.

Updating the operating system on your devices regularly is a key aspect of maximising each device’s internet connectivity, so ensure updates on phones and tablets are scheduled to take place automatically. Web browsers become sluggish as the number of plugins, cookies and downloaded files increases; periodically deleting browser histories and cookies can significantly improve download speeds.

4. Changing frequency on your router

Older broadband routers broadcast wireless signals at a single frequency – 2.4GHz. There tend to be 11 overlapping frequency bands between 2401 and 2473GHz, with 5MHz gaps between them. ISPs will often encourage customers to choose channel 1, 6 or 11, since these are the only ones broadcasting across entirely distinct frequency ranges.

However, since the 2.4GHz frequency is generally crowded with other wireless device communications, Wi-Fi signals often end up experiencing congestion and interference regardless.

More modern (and advanced) routers also offer connectivity via the 5GHz frequency. This offers less range, but delivers much faster transfer speeds and suffers from less interference. The latest tri-band routers being rolled out at the time of writing (March 2021) will also distribute data with even quicker connectivity, representing a practical way to speed up connectivity.

5. Investing in a new router

Not many people know how to improve internet speed by installing a separate broadband router, since it’s often assumed only the router supplied by your ISP can distribute internet data around the home.

In fact, internet connections across the Openreach network can almost always be conducted by a third-party router of the sort available in electronics stores. These are often far more powerful than the mass-produced (to a strict budget) hardware supplied free by ISPs. Third-party routers may have external aerials, signal boosting technology, and dual-band or even tri-band connectivity.

It’s worth noting that mesh extenders can improve the range of a router, but not its overall speed. Indeed, the satellite units used to replicate or extend a network’s range are often slower than the main router they’re connected to, so this isn’t a way to improve broadband speeds.