Broadband for the elderly

Broadband has become crucial for numerous aspects of modern life. From staying in touch with loved ones through to enjoying the latest entertainment, internet connectivity is essential regardless of your age nowadays. Yet many standard broadband plans from internet service providers (ISPs) aren’t really designed for less tech-savvy older users, prioritising rapid download speeds and quad-play connectivity over simplicity and value. 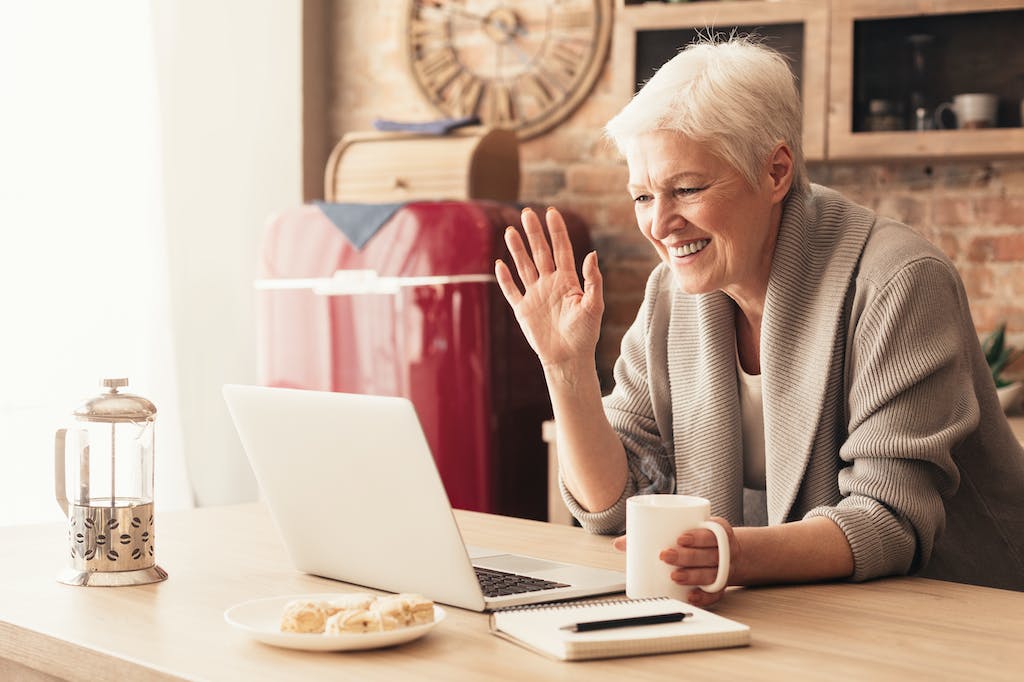 Broadband isn’t just important for staying in touch with friends and family during periods of separation or lockdown. Internet access also provides an extra safety measure, and a way to obtain immediate support or assistance if needed.

Older generations tend to use the internet more sparingly than younger people, with less media streaming or social media activity. As a result, they may not require the same high speeds or unlimited data provision. That’s led to the creation of specialised deals from ISPs, specifically delivering broadband for the elderly.

Is there free broadband for pensioners?

How do I choose the best package?

The broadband requirements for one older client could differ greatly from the next. For instance, multi-generational households (or those regularly visited by children and grandchildren) may favour all-inclusive packages that offer high-speed connections alongside TV and entertainment packages. Meanwhile, people who split their time between different properties may prefer the freedom of no contract broadband.

These are two key factors worth considering:

If you’ll only be using the internet for casual web browsing and sending occasional emails, the lower speeds and data limits offered by pensioner-specific broadband plans should be sufficient.

Most high-speed options like full fibre broadband will be both overpriced and over-engineered for a single elderly person or a couple with limited interest in going online. However, customers planning more bandwidth-intensive tasks (such as watching content through services like Netflix or BritBox) may be advised to look for a connection speed of between 25Mbps and 75Mbps.

Any online activity involves data transfers, with a two-way information exchange constantly taking place between a connected device and remote data servers. However, browsing the web or sending an email will consume a fraction of the data needed to conduct video calls or enjoy catch-up TV services like the BBC’s iPlayer. The vast majority of standard broadband plans are offered with unlimited data, which is highly advisable from a consumer perspective. Monitoring usage on data-limited schemes can be a nuisance, and additional data tends to be very expensive.

Will broadband interfere with my Telecare alarm?

If you have any kind of alarm or safety device connected using your phone line, you’ll need to ensure it’s compatible with whichever broadband provider you choose. For example, there are eight alarm models suitable for use with NOW Broadband.

There shouldn’t be any interference, but always notify an ISP about an alarm prior to getting broadband installed, so they can ensure the alarm’s connection is prioritised.

POP Telecom has a special broadband deal for over-60s, bundling together line rental and an internet connection of up to 17Mbps. It additionally offers:

BT Basic + Broadband is available to recipients of Pension Credit, as well as households receiving a number of other benefits.

Virgin Media is willing to freeze line rental charges on broadband for pensioners or disabled customers signed up to the firm’s Talk Protected calling plan. Suitable for bundling with one of Virgin Media’s standard broadband offerings, this provides an interesting alternative to BT line rental for pensioners:

While they may not be tailored specifically for elderly customers, some standard deals from major providers would be very suitable. Post Office Broadband offers unlimited ADSL broadband with a connection speed of 11Mbps. It may not have pensioner-focused services, but it does include 24/7 customer support and easy setup.

TalkTalk also offers cheap broadband contracts suitable for older customers. It markets unlimited ADSL broadband with average download speeds of 11Mbps for a similar price to the Post Office, with upgrades to fibre broadband speeds for a few extra pounds per month.

Are there cheap landline deals for pensioners?

There aren't many cheap landline deals aimed at pensioners. BT does offer low-priced line rental to those who qualify for pension credit through its Basic deal, which charges customers around £5 per month along with a £1.50 inclusive monthly call allowance. Apart from that, though, there aren't many options for line rental for the elderly.

What’s the best broadband for the elderly?

The best plan will depend on your personal circumstances and requirements, regardless of your age. While pensioners benefit from some tailored deals, these are often limited in terms of speeds and data allowances. These pensioner-specific contracts wouldn’t be suitable for internet-savvy OAPs who regularly video-call loved ones or watch TV on-demand.

Nonetheless, providers like Post Office Broadband and TalkTalk offer affordable plans that would be great for senior customers, despite not being designed specifically for them. The internet is increasingly important in today’s digital landscape, and you don’t need to rely on BT phone deals for pensioners to stay connected nowadays.