Decided you want to set up fibre broadband, but not sure where to begin? Money.co.uk lets you choose between the market’s leading operators to find the cheapest fibre broadband package that suits your needs, as long as you know what those needs are. 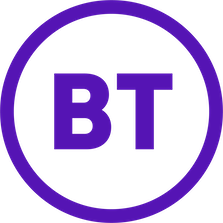 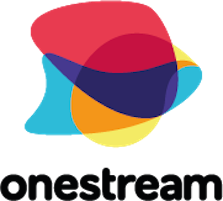 Fibre broadband is the optimal solution for households unhappy with their current internet speed, or families who rely heavily on the internet for entertainment and leisure. If it’s the best choice for your household, Money.co.uk can direct you towards the fibre broadband deals that suit your requirements and preferences. This helps to simplify the process of upgrading to a new fibre broadband deal, which could otherwise seem overwhelming.

Many streaming services now host content in 4K resolution, providing pin-sharp definition for live sports and pre-recorded TV shows. However, 4K streaming can place huge demands on broadband connections, particularly in households where multiple people are online at the same time. If you want to make the most of 4K streaming, fibre broadband represents an essential upgrade.

If you’re a gamer, you’ll probably know that FPS and MMORPG titles in particular can stretch your broadband connection to its limits. Download sizes may be above 100GB for a single game, while streaming can run slowly on anything less than a fibre connection. Upgrading to fibre also minimises latency – the delay between issuing an instruction and seeing a response on-screen. Latency of just 50 milliseconds can start to damage some online gaming experiences.

Get ready for superfast fibre

Always compare fibre broadband deals before signing up with a particular provider, to ensure you’re making your monthly payments work as hard as possible. Also run a fibre checker to ensure your preferred ISP or service is available in your area. Individual ISPs tend to have their own fibre checkers, which work on a postcode basis.

Where can I find the best broadband fibre deals in the UK?

It can be difficult to choose between providers with so many deals on the market. You’ll find a wide range of fibre optic broadband deals right here on Money.co.uk, with our fibre broadband checker service.

What’s the difference between standard broadband and fibre optic broadband?

Standard broadband distributes data along copper phone lines, whereas fibre makes use of a modern network of fibre-optic cables. These fibre cables transfer data at higher speeds and across greater distances, resulting in faster download speeds and a smoother streaming experience.

Is fibre broadband available in my area?

The answer is very probably yes. According to figures from Ofcom, superfast fibre is available in around 95% of UK homes, with most of these connections delivered via Openreach networks. You can check whether you’re able to get fibre broadband with Uswitch’s fibre broadband checker.

These terms relate to a domestic connection’s download speed in megabits per second, or Mbps. The lowest tier of broadband around operates between 2Mbps and 8Mbps, though standard broadband is up to 24Mbps. Superfast broadband downloads at a rate between 24 and 300Mpbs. Ultrafast broadband is 300Mbps and above, and hyperfast broadband is a relatively new term that describes speeds above 500 Mbps. However, this isn’t generally an option for residential properties.

How does fibre broadband work?

While regular broadband uses landline telephone cables to transmit data, fibre services involve light beams being distributed along plastic or glass cables. This means data can be transmitted at almost the speed of light.

There are two kinds of fibre broadband:

What is full fibre broadband?

Full fibre broadband is another term used to describe FTTH, where fibre cables transmit data directly to your house. It’s the fastest form of connectivity, and will become increasingly common in future.

What is the difference between FTTH and FTTC fibre broadband?

The main difference is that FTTH is faster than FTTC. Because FTTC uses copper phone lines to deliver data along the final leg of its journey, transmission speeds are significantly reduced compared to a full fibre connection.

Most of the major UK internet service providers (ISPs) offer fibre packages. These tend to be with Openreach’s network, though companies like Virgin Media and Hyperoptic use their own subterranean cable infrastructure to deliver ultrafast and hyperfast broadband.

BT is the UK’s most popular ISP, but in such a competitive market, it’s worth shopping around to find the best broadband fibre deals. These are some of the major providers offering fibre deals:

Can I get fibre broadband without phone line rental?

Last year, infrastructure provider Openreach unveiled a new system of connectivity called SOGEA. An acronym for Single Order Generic Ethernet Access, it represents the first time ISPs have been able to provide FTTC broadband without a phone line being bundled in. Different ISPs use different names for it – Sky calls its service G.fast, for instance.

Can I combine fibre broadband with TV packages?

This is a popular option that many providers now offer. Because fibre connections support faster and smoother streaming, ISPs regularly bundle fibre together with TV packages that deliver premium entertainment online.

Can I get fibre broadband only deals?

The simple answer is yes. Most ISPs offer packages that bundle together broadband with phone or TV packages, which is logical as most people choose to upgrade to fibre for fasting streaming services. However, for consumers interested in fibre only, there are plenty of different bundles available. SOGEA deals apart, you’ll still need a working phone line, regardless of whether you intend to add in a call package or not.

What are the alternatives to fibre broadband?

There are two alternatives to fibre broadband. The first is ADSL, which stands for Asymmetric Digital Subscriber Line. This is the most commonly used connection type in the UK, with ready availability but sluggish connection speeds. ADSL is increasingly viewed as outdated, but it’s still a cost-effective option for households who only use the internet for light activities like shopping and social media.

Mobile internet runs from a SIM card inserted into a laptop or activated via a dongle. You can also create a mobile hotspot using a smartphone. Advantages include portability, not relying on a phone line, and being able to access Mi-Fi anywhere you can access mobile reception. This may be significantly better than broadband coverage in remote regions. However, mobile internet packages won’t allow you to exploit TV or phone deals, while data can be expensive and even capped.

This depends what it’ll be used for and how many users are in your home. If online activities revolve around web surfing and emailing, it’s probably not worth switching. However, for those who like to stream video or games and download large files, superfast broadband could slash buffering and latency.

Should I choose unlimited fibre broadband?

While most providers offer unlimited downloads as part of their fibre packages, check there isn’t a download limit – exceeding this could lead to punitive charges. For anyone who likes to stream HD movies and install large software programs, it’s advisable to go for an unlimited package.

Is fibre affordable, and what’s the cheapest fibre broadband?

Fibre broadband deals tend to be a few pounds more per month than standard broadband counterparts. This is a small premium considering the massive upgrade in terms of speed, and it’s worth the money for most people. Even so, always compare fibre broadband offers to find a package that suits your price range.

What kind of internet user am I, and should I get fibre broadband?

People use the internet in all kinds of ways, so establish your usage habits before deciding to upgrade to fibre broadband. You can use the following information as a rough guide:

Medium use: This involves streaming TV or video content, uploading files regularly, and checking social media and other websites several times a day.

Heavy users are the most likely to benefit from upgrading to fibre broadband, especially in larger households. However, single people and couples may not see the benefits of upgrading to a fibre package.

This depends on the usage question above. You’ll enjoy far superior download speeds on a superfast broadband connection, but you may end up needlessly paying extra if you don’t need these speeds. Home workers with regular conference calls and files stored in the cloud will notice a big difference with superfast fibre-optic broadband, while rapid connections support greater productivity. A fast connection could also prevent mobile devices dropping onto 4G/5G and burning through data, too.

Which fibre broadband bundle should I choose?

This depends on how much you use the internet, what you use it for, and how many people will be sharing the connection. Make sure you know exactly who is using your broadband and what for, and bear this in mind when comparing different bundles.

If you’re struggling to stream your favourite TV shows and movies, upgrading to fibre is likely to help. However, there may be other factors slowing down your broadband speed:

The number of people using the connection: Upgrading to fibre can help to resolve issues caused by multiple devices trying to stream content at once, allowing for faster downloads for multiple users.

Hardware quality: Old or faulty routers and cables can drag down internet speeds. Check the condition of your hardware, and ask your ISP for a repair, replacement or upgrade if it would help.

Time of day: Peak internet usage time is between 6pm and 11pm, when you’ll experience slower broadband speeds. Run line speed tests at different times of the day to determine if this is the problem.

Viruses: Scan computers regularly for viruses and malware, as these can slow down web browsing and streaming.

Weather: If the temperature drops to around 0°C, underground cables can be affected, while storms will impact phone lines and could lead to interrupted connectivity.