As we approach the twelve year anniversary since the show began, the broadband experts at money.co.uk have taken a look back at all the episodes since launching. 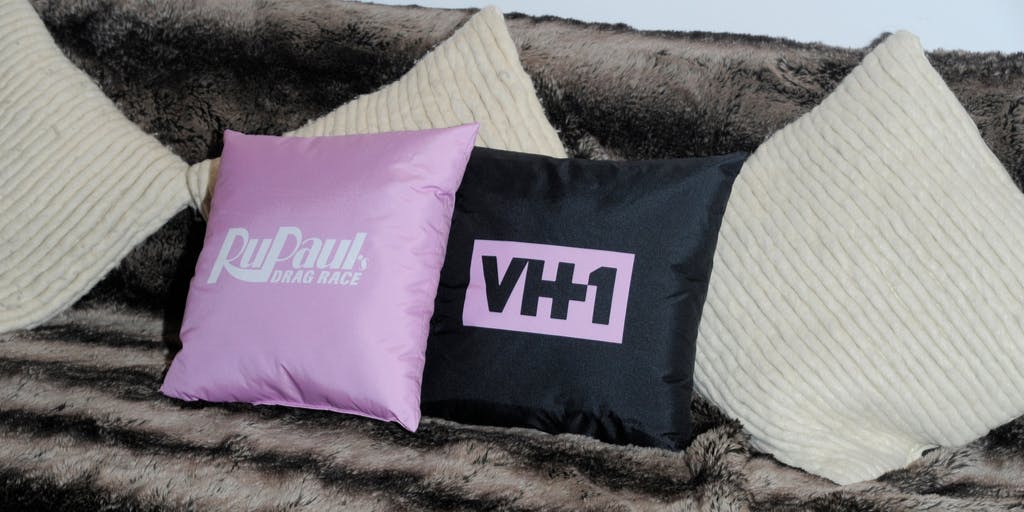 The world of RuPaul’s Drag Race has got off to a flying start in 2021 with the launch of two new seasons in January.

Season 13 of the original USA Drag Race competition landed and has been full of surprises and twists that have left fans "gooped".

Across the pond, the queens of Drag Race UK have Bing Bang Bong'ed their way into the hearts of fans across the globe.

The broadband experts at money.co.uk have delved into data from IMDb, trawled through every 'Snatch Game' and 'Lip Sync Extravaganza' to crown the Best Season and Best Episode of all herstory, officially.

Our analysis shows that the original RuPaul’s Drag Race has delivered great TV consistently year on year. Despite many ups and downs, the average fan rating for seasons 1-12 completed seasons stands at 7.87/10. However like any show, some episodes have left us craving more, while others have proved to be slightly more dusty.

According to the data, the fan favourite season is season six. Fans voted and decided that the queens of season six provided the most charisma, uniqueness, nerve and talent of all seasons so far. Mixed with the perfect blend of laughs and shade, it served up a whole lot of drag race excellence.

During maxi challenges, the fierce talent of queens such as Bianca Del Rio, Courtney Act and Adore Delano, were able to keep viewers truly entertained. And of course, this season also witnessed the birth of the most widely used catchphrase to come out of any drag race season. No debate needed, OKURRR?!

Following closely behind, season five takes the silver medal in the Olympics of drag, supplying audiences with plenty of drama and comedy gold moments. From the ongoing rows between old enemies, Coco Montrese and Alyssa Edwards, to lip sync battles galore.

What’s more, the tenacity and fight shown by Jinkx Monsoon, made her an immediate fan favourite. Despite taking on huge personalities, such as Roxxxy Andrews, Alyssa Edwards and Detox, Jinkx remained true to her witty comedic self, proving to be a worthy winner of the crown.

Taking third place on our podium is season nine, which featured a whole lot of highs and lows. The season got off to an explosive start right from the get-go, when Lady Gaga strutted into the work room. This season is also famous for the moment Valentina uttered the infamous words, “I'd like to keep it on please”, as the contestants kept us entertained throughout.

The top four of season nine were particularly strong. Both Shea Coulee and Trinity the Tuck went on win seasons of Rupaul's Drag Race All Stars.

Drag Race season eleven secured the lowest ratings. Of course, being Drag Race, it was still thoroughly entertaining nonetheless. The romance between Brooke Lynn Heights and Vanessa Vanjie Mateo gave us all the feels, and that finale lip sync battle between Brooke Lynn and Yvie Oddly SLAYED. Essentially, there was nothing overly wrong with season eleven, but in the words of RuPaul, some would say it was simply “meh”.

Second to last in our rankings is season seven. There are many fan theories as to why it did not have a particularly triumphant run. However, there is a general consensus that one main factor was largely down to the level of scripted challenges; whereas many of the queens were more successful look and lip-sync queens.

Despite the poor fan reception, contestants such as Trixie Mattel, Katya Zamolodchikova and Kennedy Davenport have stomped their way to the top, as some of the most successful queens in drag race history.

Out of 158 episodes of the original RuPaul’s Drag Race series, the snatch game of season six takes the crown for the best episode of all time. The legendary episode provided fans with a snatch game of dreams. Adore Delano made a bold move in playing Anna Nicole Smith at the 2004 Billboard Music Awards, while Bianca Del Rio took on a hilarious Judge Judy portrayal - a personality RuPaul famously idolises.

However, it was BenDeLaCreme’s performance that snatched the crown — her portrayal of Dame Maggie Smith was truly iconic. From unofficially labelling Chelsea Handler as “Lady Handler”, to improvising with “Nicki Minaj”, discussing the origins of the English language, BenDeCreme proved to be a worthy winner of Snatch Game season six.

In joint second spot is season five, episode seven and season nine's episode fourteen (scoring 9.1 out of 10). At the start of episode five, the library was officially opened. Alaska’s reading of Detox had fans gagging for more shade. However, this was just the beginning of an episode full of comedic jives, with the main challenge to roast RuPaul herself.

The only abomination of the bunch was Alyssa Edwards and Roxxxy Andrews. Yet, this was to make for an epic lip sync battle. Despite performing against the ultimate dance queen, Alyssa Edwards, Roxxxy’s whip your hair performance changed the wig reveal game.

With season nine's episode fourteen also taking second place, it is the best-rated Drag Race finale episode of all time. The exceptional “Grand Finale” saw Peppermint, Trinity the Tuck (although at the time she was referred to as Trinity Taylor), Shea Coulee and Sasha Velour battle it out to be crowned America’s next drag superstar. Moments we have still not forgotten involve more dramatic reveals. However, despite a sensational wig under wig performance from Peppermint, it is not the one that fans were left screaming about. In Sasha Velour’s first and only lip sync of the season, the queen unleashed a waterfall of roses under her wig, proving she knows how to kill a lip sync performance. This made her the worthy winner of RuPaul’s Drag Race season nine.

Drag Race All Stars was the first spin-off in the Drag Race empire. Not only does it give fans an extra helping of Drag Race, but it also offers previous queens a chance to change their drag race legacy (and win a cash prize of $100,000 dollars of course!). Unlike many other attempts of TV show spin-offs, All Stars has been quite the success. But how does it compare with the original show?

All Stars Two has been the most successful season in the whole of the Drag Race franchise. Infamous moments involved the entertaining talent show, of the launch episode and the hilarious snatch game, featuring Alaska as Mae West and Katya as Bjork.

However, a true high point was episode 5, which saw eliminated queens return to the show. This gave us one of the most epic lip sync battles of all time, between Alyssa Edwards and Tatianna. This helped it win the title of the best ever episode across all of RuPaul’s Drag Race series and spin offs.

Following All Stars 2, the only other season to have an average higher rating than the original RuPaul’s Drag Race is All Stars 5.

Drag Race has crossed the pond, allowing local queens to grab a slice of the action. Drag Race UK is the only international competition to be blessed with RuPaul, while Drag Race Canada features Canadian Drag Race royalty, Brook Lynn Heights.

Contrastingly, Drag Race Thailand and Drag Race Holland, have different judging processes. Drag Race UK has been the greatest hit out of all international competitions. Out of all twenty two seasons analysed of Drag Race, (RuPaul’s Drag Race US, All Stars and International) Drag Race UK series one comes in at third spot.

With the series two still in full swing, time will tell if it knocks series one from its position. Although, with an unforgettable RuRuvision Song Contest and Rats: the Rusical episode, it is very much in the running.

On the other end of the scale, is Drag Race Holland, which is home to the least successful Drag Race episode in the whole franchise. Although ratings were low, fans would argue that this is largely down to poorly performed maxi-challenges. However, for those after exceptional runway looks and the usual drag race drama, it is still an entertaining all round watch.

Is Drag Race ready to Sashay away?

After almost 13 seasons of the original RuPaul's Drag Race running, many have questioned if it has had its time. However after reviewing all the fan scores, the experts at money.co.uk like to think it is still here to slay and stay.

Although ratings from the show were at its height around seasons four, five and six, the huge success of the show continues to reign supreme on our screens. The popularity of the franchise has widened, receiving wider audience attention than ever. In fact, the launch episode of season 13, had its highest viewing figures ever.

If you need even more proof that Drag Race success is not stopping anytime soon, turn your attention to RuPaul's Drag Race UK. The hit song of series 2 landed at number 26 on the UK Top 40 charts, and many are even crediting the return of BBC 3 to TV down to the success of Drag Race UK.

Whatever season of Drag Race you choose to catch up with, it's important that you secure the best broadband for you, in order to stream to your hearts delight.